100 days of the government has been just the beginning… 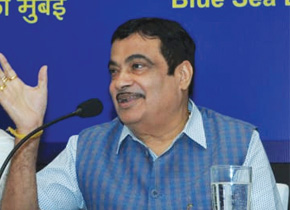 Recently, while addressing a press conference in Mumbai on 100 days of the Government, Nitin Gadkari, Union Minister for Road Transport and Highways said that, under the leadership of Prime Minister Narendra Modi, the Government has been working decisively and transparently, with the vision of development, making India a super-economy in the world.

On road development, Gadkari said, “Road transport projects worth Rs 60,000Cr are being executed, and we are trying to build allseason roads.” He adds, “The fund availability is not an issue for starting new infrastructure projects. During the current financial year, new projects worth Rs five lakh Cr will be awarded. Besides, Bharatmala will see an investment of Rs 34,000Cr.”

According to the minister, the old BOT projects have started earning revenue for the government and soon other projects will be monetised too.

According to Gadkari, the government is trying to promote e-vehicles. A step into this would be the reduction of GST from 12 to 5%. That apart, the government is incentivising ethanol making from sugar, maze etc. because it is importsubstituting, cost-effective and pollution-free. “We import Rs seven lakh Cr worth of petroleum products and using ethanol, the country will save Rs 40,000Cr,” he mentioned. Gadkari announced that his ministry will soon try running autos and buses too on ethanol.

Citing an example, Gadkari mentions how Nagpur is selling wastewater for Rs 180Cr. It is expected that the government will extract methane and CO2 from it, and mix it with vegetable, meat waste and solid sludge and will utilise for 400 buses, 150 cars and 100 trucks. The minister also claimed that cities like Bhandara, Wardha, Gondia, Chandrapur, Gadchiroli and Nagpur will be made diesel-free in next five years.

Talking about road safety, Gadkari said, “Amendment of Motor Vehicle Act will improve road safety. Since two percent of the national GDP is being wasted on accidents; five lakh accidents that resulted in 1.5 lakh death every year and 2.5 – 3 lakh become handicapped. The amendment will make sure curbing the accidents on roads.” He also said that the government is considering linking insurance premiums and driver’s accident record in the future. He spoke about projects worth Rs 14,000Cr are being under implementation that will remove black spots on roads.

He also mentioned about implementation of licensing and road safety rules. “Earlier, 30% of licenses were bogus. Now, multiple licenses for one person is not possible due to re-registration,” he said. According to Gadkari, CCTV footages have ensured escape impossible for traffic offenders.