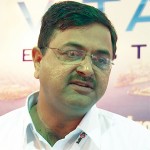 Could you describe on Vitaran’s new RFID technology/ innovation in Automatic Vehicle Identification?

In Automatic Vehicle Identification (AVI) we have covered almost all product ranges including RFID Long Range UHF Reader, RFID UHAF Handheld Reader, ARAI approved Windshield Tags, Desktop Based Reader for Tag enrollment, Boom barrier for Toll Applications & commercial purpose, Bollards etc. We are enhancing our product range and expanding our reach to various verticals. We have unique plug and play UHF long reader which comes along with in-built software for automatic vehicle identification applications and soon we will launch integrated reader for vehicle and parking applications.

Where has these technology been implemented?

This technology has been implemented mostly in toll Plazas at National Highways as well as State Highways. Apart from toll plazas, our equipment has been installed in parking areas, manufacturing facilities of auto OEMs, Container Freight Stations, Warehouses, Libraries, Commercial Zones and Residential Societies where the application needs highly reliable & rugged products.

As an RFID & Entrance Control Product Distribution Company, we involve multiple system integration partners who do integration, designing and development at toll plazas. We are expanding our business in different verticals and looking for reliable partners. We have come up with different innovative and creative solutions such as hands-free access control for doors / hospitality and bollards for security purpose.

One of Russia’s most powerful tycoons Vladimir Yakunin has proposed a long and winding road that theoretically could connect Great Britain to Alaska, Mother Russia. And while a nearly 13,000-mile highway sounds like a stretch – a really long stretch – the major roadblock is likely money, not feasibility.

“This is an inter-state, inter-civilization, project,” the Russian Railways boss told the Russian Academy of Science, where he presented his plan for the Trans-Eurasian belt Development, which he acknowledged would cost “trillions” of dollars.

The road would link thousands of miles of existing byways and bridges across Russia, a span of more than 6,000 miles. From the west, it could then connect to roads in Europe, including the Chunnel Tunnel, which connects Great Britain and France.

From its eastern terminus in Siberia’s Chukotka region, the road would be just 55 miles across the Bering Sea from the isolated Alaskan city of Nome, a major obstacle except in the context of Yakunin’s massive proposed undertaking. If a connection to Nome was followed by a U.S.-built road to Fairbanks, the project would be possible. The thoroughfare would share its easement with a high-speed rail and oil and gas pipelines that Yakunin said could help spur development in such remote zones as Siberia.

The project would span the entire length of Russia, linking existing networks in Europe and Asia and creating the first-ever modern route from the Pacific Ocean in the east to the Atlantic Ocean in the west. Yakunin said it could generate an immense number of jobs, sprout new cities and spur development of Siberia and the Far East.

Previous: An Eco-Mobility Equation
Next: Leveraging ICT for Road Safety 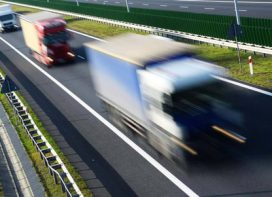 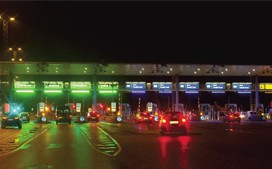