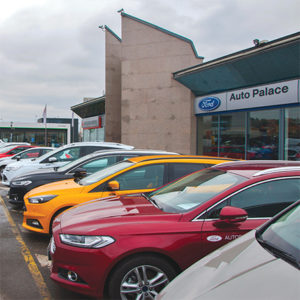 Currently more than 100,000 students are enrolled in the universities in Auckland. There are several private and public higher educational institutes in Auckland, that have all together significant numbers (more than 50,000) of students. Currently these students are receiving student discount in their public transport fare. For an average of three stages of travel distance, students are currently paying around $5.50 as a cash payment or around $ 2.92 though e-card system (Auckland Transport Hop card).

To avoid the expensive travel costs in Auckland, students try to make less trips (two trips per day), which is about $30 per week by using public transport or about $48 (about 8 km average distance) by private vehicle. This does not include parking charges and other costs. Students in Auckland normally try to avoid any other trips such as trips to the library or to other recreational activities, to health related activities or to a long distance work place as it will cost them more.

A report from Ministry of Transport (Driver Travel New Zealand Household Travel Survey 2011-2015) shows that the nearly 70% of student-aged persons (15 to 24 years old) are either drivers or passengers of a vehicle. Only around 10% of these studentaged people use public transport. In this age group, more than 70% of trips are made as single occupancy vehicle trips and around 20% as two person occupancy. Consideration of the availability of parking around educational institutes in Auckland shows that a higher number of students need to use other modes of transport or need to rent a property in walking distance from the educational institutes. A “2016 Tertiary Student Travel Survey” done for Auckland Transport shows that 35% students are still “driving alone” in a car which continues to be the second most common main mode of transport overall and this has not changed significantly since 2014.

As semester ticket would give better flexibility to the students, they would prefer to live in public transport connected cheap and better areas and also encourage taking student-jobs in other part of cities, which are connected by public transport. This would certainly increase the number of trips per day by students. An Impact analysis has been carried out, with a scenario of three trips per student per day with an average travel distance of eight km/trip. The initial thinking for the semester ticket price is $300 per semester, which is equivalent to $50 per month. Active movements of the students are analysed over 245 days per year (working days), although students usually have more trips on Saturday, Sunday and public holidays as they work during weekends or visit facilities. An average consumption of petrol of 1 litre per 10km per vehicle with an average cost of $ 2.00 per litre in Auckland is used.

Although the semester ticket will be given to all students at a low price, all students will contribute to this system, which means a large number of tickets would be issued. The outcome is that Auckland Transport / Auckland Council would receive revenue of more than $84million per year. This would be a large financial sum and would give better financial basis for the local authority to plan their future work.

A conservative level analysis, assumes that only 70% of students will be use this opportunity. Out of these only 20% are considered as a ex-car-driver, who will be affected and will change mode of transport. These factors are used to determine the resulting environmental impact analysis.

The analysis shows that Auckland can save approximately 12.7million litres of petrol per year, which is equivalent to about $ 25.4million. This would lead to a significant reduction in vehicle emissions as well.

As Auckland is expanding and congestion is getting worse, implementing this approach will have significant impacts on the vehicle movements. There will be at least 19,600 less vehicle trips per day (equivalent to 157,000 vehicle kilometre travelled) on the Auckland network. That means a reduction of approximately 1,570 vehicles per hour during peak periods. This will be useful easing of congestion in Auckland, where peaks are already unstable and unpredictable.

This simple analysis shows
that there will be a large impact on the socio-economic system in Auckland by introducing the semester ticket system. This “group level” ticketing system can simply be extended to other organisations and will contribute towards achieving “the world’s most liveable city”. 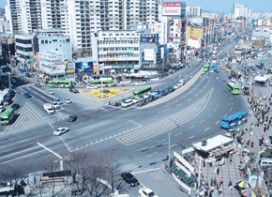