India is one of the largest development partners for JICA. Can you highlight some pointers on this special interest.

We support India through ODA loans, technical cooperation and grant aid. In FY18, JICA has supported more than 60 projects in India across vital areas such as transport, water and sanitation, energy, forestry and agriculture, with total annual committed amount of 398.4 billion Japanese Yen (approximately Rs 24,16Cr) India was the first recipient country of Japanese ODA loan. Since then, over 5,200 billion Japanese Yen (approximately Rs 315,150Cr) in ODA loans have been committed for development across various sectors. Technical Cooperation with India started in 1966. Since then, nearly 8,300 Indian personnel have participated in training courses in Japan and over 8,600 Japanese experts have come to India to offer their expertise. Grant aid has also covered various areas in India including construction of hospitals and health facilities, and providing equipment for educational institutions.

Transport and Traffic infrastructure is top of the list of the JICA’s focus areas for India. What is total amount committed for this and the assistance strategy?

JICA has been actively contributing to the improvement of public transportation systems in India along with the support of the Indian partners to ensure balanced regional and economic growth. JICA’s activities seek to achieve accelerated development of Indo-Japan ties. JICA has transport projects all over India, both in mega cities and in rural areas, amounting to ODA loan of over 2,500 billion Japanese Yen (approximately INR 165,000Cr) extended since 1982/83. JICA supports various aspects of transport, such as formulation of masterplans, assistance for introduction of related technologies, construction of roads, bridges, railways and metros, and more. Support to about 54 ODA Loans, two Grant Aids and 24 Technical Cooperation projects has been extended for the transport sector in India.

Delhi Metro received JICA assistance and now also Chennai Metro. What are other metro projects being assisted with?

JICA has extended ODA loans of over 1.3 trillion Japanese Yen (approximately Rs 85,000Cr) to develop metro systems in Delhi, Bengaluru, Kolkata, Chennai, Mumbai and Ahmedabad. These JICA supported projects are to compliment India‘s growing demand for mobility by building a Mass Rapid Transit System that helps mitigate worsening vehicular traffic, curbs pollution, enables safe journey & punctuality and leads to sustainable urban development in the mega-cities of India. Each Metro brings with it unique features, like Chennai Metro Rail Project is a Green Project as it utilizes Solar Energy and provides free bicycle ride scheme for its customers. Delhi Metro is certified by the United Nations (UN) as the First Metro Rail system in the world to get carbon credits for reducing Green House Gas Emissions and is among the highest generator of solar power (23 MW) in the transportation sector in India. Similarly, Bengaluru Metro has the first underground line in South India and has successfully tackled the rocky strata and heritage preserves, during the underground construction. Some of the major challenges have been land acquisition, Rehabilitation and Resettlement (R/R), timely implementation, counterpart, and risk/responsibility sharing between the private and public sectors. However, JICA is keen to mitigate as many bottlenecks as possible.

Out of JICA’s total ODA loan commitment, the maximum share of about 60% goes to the transport sector. Such investment is required because in a fastpaced economy like India, backing of a modern reliable connectivity is a necessity. JICA has supported metro- rail network in six major cities of India – Ahmedabad, Bangalore, Chennai, Delhi, Mumbai and Kolkata. The construction of metros has added to the economic development within these cities, by providing easy, smooth and environment friendly commuting. The Western Dedicated Freight Corridor is also supported by JICA that will enable the freight trains on the DFC to run at a maximum speed of 100 kilometers per hour (kmph), ensuring smooth logistics network. The most awaited project of Mumbai- Ahmedabad High Speed Rail, will be built on the similar system as that of Japan’s bullet Train – Shinkansen. It will be aimed to simplify mobility, ease connectivity and enhance regional economic development with a safe and reliable inter-city transport system.

JICA is involved with outer ring road in Hyderabad

The Outer Ring Road has improved connectivity and helped decongest the city by diverting traffic away from the core area, promoting industrial vitalization and livelihood improvement. It has assisted in diverting the non-destined Hyderabad traffic, thereby promoting regional economic development and improving the urban environment through mitigation of traffic jams and decrease of pollution caused by increasing vehicles in urban area.

The four lane bridge is expected to reduce the travel time between Meghalaya and Assam considerably and facilitate the socio-regional development of the region.

What is India’s most important factor that attracts the MNCs to be a part of India’s transport system? How much is Japan’s contribution in establishing ITS in India? 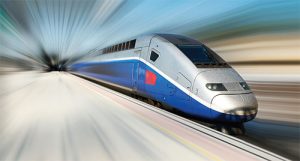 Multi Nationals are attracted to be a part of the transport system in India as the country is one of the most rapidly urbanizing nations of the 21st century which has led to inevitable challenges of urban mobility. To build high quality transport infrastructure, JICA aims to establish and develop Intelligent Transport System.