We need to give people a dignified environment: P K Das

Owing to the constant degeneration of urban conditions and decaying of life in urban areas, particularly in the city of Mumbai, many groups in the city have been trying to infuse more dignity and quality into the lives of people. These include several citizens’ movements, NGOs, organisations and neighbourhood committees. Their efforts and energy are the positive aspects in an ... END_OF_DOCUMENT_TOKEN_TO_BE_REPLACED 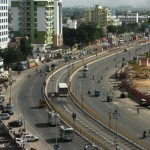 When Jaipur BRTS was conceived, it was supposed to solve the commuting problems of the pink city’s populace. Everything seemed to be going fine – a feasibility study, sanctioning of Rs 490 crore for its low floor air conditioned buses under JNNURM, making of Jaipur Development Authority the nodal agency to plan and implement the project, creating a Special Purpose Vehicle to oversee its bus operations but then… the project got stuck in implementation issues. And did not deliver the expected benefits. Why? Vidyottama Sharma reports. END_OF_DOCUMENT_TOKEN_TO_BE_REPLACED

Mobiles As The On Vehicle Monitoring Stations 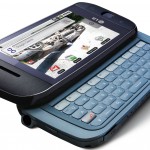 A smartphone based project for road safety and traffic management, backed by the Government of Italy and the European Commission, is being developed in Italy. Using M2M – the Mobile to Mobility service, the road users will not only be able to provide information on road conditions to a central database, they will be able to monitor and control the situations as well. END_OF_DOCUMENT_TOKEN_TO_BE_REPLACED 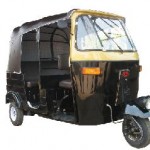 A 24/7 dial-an-auto rickshaw service has been launched in Mumbai. Rickshawale can be contacted by dialling two numbers or by logging on to its website. END_OF_DOCUMENT_TOKEN_TO_BE_REPLACED

Interview with: Rajat Moona, Tackling glitches and taking technology to the masses

Prof Rajat Moona, with a B Tech degree in Electrical Engineering from IIT Kanpur and a PhD in Computer Science & Automation from IISc Bangalore, is the recipient of IIT Kanpur’s prestigious If you think that the much needed Smart Cards for driving licences and tracking road offences cannot become a reality in India, then we must tell you that this technology has already been developed by IIT Kanpur in 2001 itself. It is on this very technology that the Ministry for Road Transport and Highways’ much hyped ‘Vahan Sarathi’ programme is based. And if you want to know if such a Smart Card can tell about offences committed in other states and is operable pan India, then ask Rajat Moona, the Director General of C-DAC, Pune. As Vidyottama Sharma did. The answer: Yes, it can tell you of offences committed in other States. He should know, for his former team at IIT Kanpur is the brain behind this technology that is operable throughout the country. Which leads us to the next most important question: Then, what are we waiting for? END_OF_DOCUMENT_TOKEN_TO_BE_REPLACED 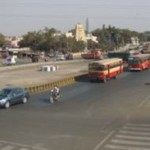 While many states and municipalities in India are still debating the pros and cons of various angles and policies on traffic management and road safety, the Pimpri-Chinchwad area of Pune has already begun taking long strides in these fields. Its ITS implementation based on the C-DAC applications has already been written about. Now, it is the Road Safety Audit of Pimpri-Chinchwad’s Bhakti-Shakti Junction that is the news of the day. TrafficInfraTech brings you an exclusive report. END_OF_DOCUMENT_TOKEN_TO_BE_REPLACED 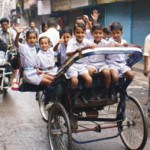 A few schools have begun following the New School Bus policy formulated by the Maharashtra Government seriously. The policy tackles all the issues of pupil safety that needed serious attention. END_OF_DOCUMENT_TOKEN_TO_BE_REPLACED

SunRail back on track in Florida 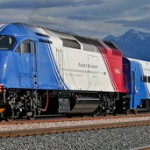 Governor Rick Scott’s refusal to bear the expenses had stalled Florida’s most ambitious rail project, Sun Rail. In July this year, the governor gave his green signal and put the derailed project back on track. END_OF_DOCUMENT_TOKEN_TO_BE_REPLACED 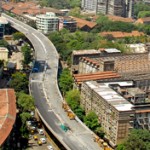 Constructed on a single pier system and covering seven vehicular and two pedestrian signals, the Lalbaug flyover has come as a relief to Mumbai’s commuters. In order to provide maximum space to commuters, it will be kept free of public utilities at the grade level too. Vidyottama Sharma reports. END_OF_DOCUMENT_TOKEN_TO_BE_REPLACED

Attempting A Road Revolution in Rajasthan

Establishing the Road Safety Council, reconditioning of old buses for connectivity in rural areas and opening of two driving institutes for providing good drivers are some of the measures that Brij Kishore Sharma, Transport Minister of Rajasthan has initiated to improve the transport situation in the state. He tells TrafficInfraTech that these efforts are not enough. He plans to do ... END_OF_DOCUMENT_TOKEN_TO_BE_REPLACED