Share !
Airport authorities are increasingly deploying the latest technologies and mechanisms at the terminals in order to provide more security to the passengers and also, allay their fears regarding their safety. In the process, many retail outlets too are being provided to engage them. Arghya Pradip Saha, Vice President (Infrastructure), AECOM India, has the details. 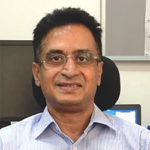 Gone are the days when airport terminals used to be mere “waiting rooms” for passengers to board the aircraft. So if you fancy a departure lounge with digital shopping walls, forests, rooftop pools or yoga pavilions, you should visit the recently completed airport terminals around the world. Our own T3 in Delhi and T2 in Mumbai compete with the best terminals in the world.

While airport terminals have acquired a “destination” status and people look forward to spending time there, the only sticky bit in all terminal buildings, particularly in India, is the relatively long check-in and security screening process. For this, we need to understand the issues related to airport security.

As we are all aware, airlines and air travelers had become a soft target for terrorists. Although security at airports has always been tight, the 9/11 attacks woke many people up to a harsh reality — it wasn’t tight enough.

The passenger screening and subsequently the security process requires to be layered and given the potential risks at our airports, it begins at the gate to the terminal building. Passenger screening at terminal building entry gate is not done in many airports, but done in our country as an additional precaution and to prevent unauthorized people within the already busy terminal building. Thereafter, the passengers queue up for check-in, followed by security screening. This is pretty much a common protocol at all the airports. However, given the similar protocols, some airports are quicker than the others. 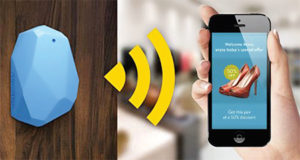 Passenger screening at airports in India involves two stages. First: passenger frisking along with X-RAY screening of their cabin baggage and, Second: screening of checked-in baggage. There are standards and guidelines to be followed in what and how various items should be carried in the baggage. Bureau of Civil Aviation Security, which is the nodal agency for Civil Aviation Security, issues guidelines every now and then on this subject. While the security screening procedures for passengers and their cabin baggage carried out by CISF are somewhat similar at Indian airports, the process of screening of checked-in baggage has undergone transformation with the advent of latest technologies.

The X-Ray machines installed at check-in areas to screen registered baggage were in stand-alone mode and not capable of detecting 100% explosives. Stand-alone machines occupy space at departure lounges and also lead to big queues, which disrupt passenger flow during peak hours. Keeping in view the security threat, multi-level in-line detection systems have been installed at major airports. The multi-level X-Ray screening system is already in use at various international airports abroad. In this type of screening, the online hold baggage screening system (HBS) is integrated with airport baggage handling in order to provide complete hold baggage processing and screening system. Depending upon the passengers’ peak hour density, the level is varied from three to four. Normally, a single on line HBS with Level 1 & 2 X-ray machine and tracking would practically be able to sustain around 22 bags per minute (1300 bags/hour). 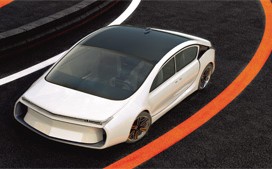