On average, two people die on Mumbai’s roads owing to traffic crashes every day. The city ranks seventh in the country in terms of absolute numbers of road traffic fatalities. Pedestrians, cyclists and motorcyclists are most vulnerable, and are involved in more than 90 percent of all road traffic fatalities. Young working populations – mostly men – are particularly affected. 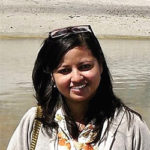 Most crash data reports only talk about what happened – the crash itself. However, the political and societal influencers of road safety decisions and outcomes must be understood in order to identify underlying issues. A new study, “Securing Safe Roads: The Political Economy of Road Safety in Mumbai” seeks to address these issues. It examines factors embedded in the political, economic, and social framework of the city which influence road safety, and the potential solutions to reduce serious injuries and fatalities. This study is part of a broader project by the Overseas Development Institute (ODI) and the World Resources Institute (WRI), and supported by the FIA Foundation.

The city of Mumbai enjoys considerable political attention by virtue of being the state capital and a key contributor to the Indian economy. Millions of commuters use the city’s transport infrastructure – roads and public transport – every day. Despite these of the problem. Even where there is recognition, the approach is top-down – the effects of which are miniscule at lower levels of governance. For instance, in 2015, India signed the Brasilia Declaration committing to halve its road traffic deaths, sparking debate at the national level. Since then, multiple attempts have been made to institutionalize road safety – the National Road Safety and Traffic Management Bill (2010) and National Road Safety Bill (2014) being the most notable. However, these have faced resistance from various interest groups. In addition, the proposed Motor Vehicles Act Amendment Bill of 2016 is yet to see the light of day. At the state level, policy action is rare, and those at the city level are non-existent.

Road safety does not feature on any political party’s agenda. Instead, the burden of safety is placed squarely on road users – both by the public and by decision-makers. Victim-blaming is very common. Road safety is considered isolated from and in conflict with transportation policies and projects that address congestion and facilitate travel. For instance, investments in building new roads to improve car-use often take priority over road safety improvements or the enhancement of public transport. 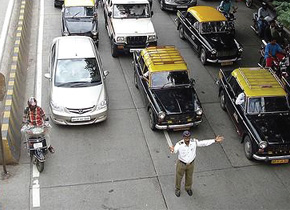 A series of public interest litigations filed by concerned citizens led to the establishment of the Bombay High- Power Committee in 2012, and the Supreme Court Committee for Road Safety in 2014. These endeavours have spurred some action at the local and state levels. While such efforts may prove to be successful in the short term, their long-term viability is questionable. In the face of lagging political will, continued state-level resistance, and lack of a coordinated road safety strategy, progress in India has been slow at all levels of government.

A strategic shift leading to the adoption of a safe systems approach to tackle road safety should address these issues. This study examines the political economy of road safety in India and focuses on Mumbai as a case study to understand the underlying factors embedded in the city’s political, economic, and social framework that influences road safety. The study identifies five opportunities to affect road safety reform in the country. Broadly, these are reforms at the policy and legislative level, an improvement of co-ordination between agencies and enhanced capacity building, fostering political action, engaging with citizens and encouraging citizenled efforts, and recognising the role of the global road safety community, civil society, and private partners.

Recognition of road safety as the joint responsibility of decision makers and road users, coupled with political action and legislative reform at all levels of government will be essential to bring about long-term improvement. Such changes, accompanied by increased participation from the civil society and private players can push India to achieve its target of 50 percent reduction in road traffic fatalities in the foreseeable future.