Back in 1939, François Hussenot and Paul Beaudouin developed an intuitive machine to record a continuous stream of pictures in an aircraft. An attempt to understand the details and causes of aircraft crashes was the catalyst driving progress and technological advancement of flight recorder design. The Black Box became mandatory in all commercial aircraft in 1967, unravelling the causes of accidents and reactively improving safety.

In 2010 the World Health Organisation estimated the number of traffic related deaths globally at a staggering 1,240,000, while 471 people perished in commercial aircraft incidents. While obvious obstacles restrict production of a recording device in every vehicle, a recent Australian Court Case has highlighted the potential to record detailed, admissible traffic data on roads, offering a black box application to the already widely used MetroCount MC5600 traffic survey units.

Even though the steam powered car built in 1769 predates the first Wright Brothers aircraft by 134 years, an equivalent system recording details of car crash activity has never become mainstream. Key crash information like speeds, distance between cars (headway) and traffic volume, are pieced together after traffic incidents using eye witness reports, physical details of the incident and other sources of information. However the reliability of eyewitness accounts is often contested in court and crash sites rarely tell the full story of traffic conditions. 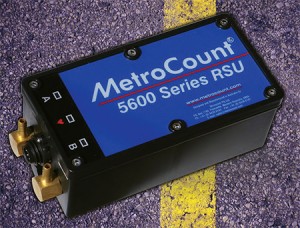 The 2014 court case in Australia centered on a crash on a remote road with few witnesses, and called into evidence traffic data collected with the MetroCount MC5600 counter. While the eye witness accounts described a speeding and reckless driver who caused a fatal accident, verifying witness claims proved problematic. The MetroCount MC5600 Black Box, surveying traffic 14km from the crash site, provided detailed information of every vehicle that was travelling on the road that day. Vehicle information including the wheelbase, number of axles, speeds and the headway was pieced together to provide the investigators and prosecutors with an exact picture of the traffic conditions on the day in question, verifying eye witness accounts. The accuracy and reliability of the information from the black box was questioned, but the process of data collection and verification went through intense scrutiny and was proven to be admissible.

The MetroCount MC5600 ‘Black Box’ has been designed to stand up to rigorous examination for a number of reasons. The methodology behind the traffic recorder has evolved over the company’s 25 year history, and started with a novel approach to the capture and processing of traffic information. The MC5600 Black Box on the road side is the brawn of the equation while the advanced software provides the brains. The box sits idly by on the road until a vehicle passes over two rubber tubes strung across the road and attached to the box. At the advent of a wheel passing over the tubes, the box records an axle “hit” at a precise moment in time. The times when the wheel strikes the two tubes are all the black box records. By performing the simple task of recording axles hits, the black box can record months of traffic information to be analysed in the powerful software when required. The times recorded by the box are encrypted making tampering with the files impossible. This assurance is vital to verifying data collected from crash sites. The hits are also quality checked when entered into the software. The software gives feedback on how accurately the hits line up, immediately alerting of any errors in the setup or operation of the survey. Accuracy can be further verified by comparing any traffic survey to a benchmarked survey. 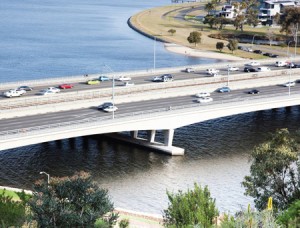 What does it mean to have the ability to capture a detailed view of the road conditions before a crash? Learning from the experiences in the aviation industry, the black box methodology provides unprecedented knowledge of what causes crashes. The on-road equivalent also goes one step further in the ability to identify crash site patterns before accidents occurs.

If even a small percentage of the 1.24 million traffic fatalities had more detailed traffic information available, not to mention information gathered from innumerable non-fatal accidents, accountability on the road would be improved and crash statistics could shed light on conditions that lead to collisions. The ripple on effect of greater accountability would be the deterrence of dangerous driving. The flight recorder black box provided the knowledge to prevent further crashes; similarly the MetroCount Black Box has the potential to prevent crashes before they happen. 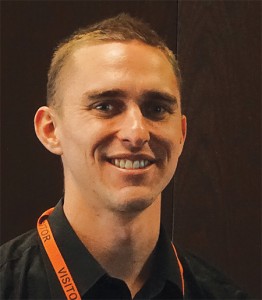