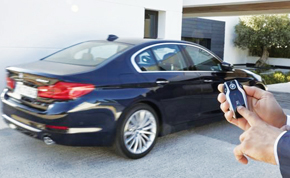 BMW is set to offer a plethora of tech on board its all-new 5-series when the model rolls into showrooms in India over the summer months. Based on the same platform as the 7-series, the new 5-series also shares the family looks with BMW’s range-topping sedan. It also features a host of tech from the said model as well. The 5-series is also set to be offered with BMW’s gesture control technology for the infotainment system, along with touch controls for systems such as the climate control.

The car’s remote parking function allows you to remotepilot the car in and out of parking spaces without requiring to actually be inside the car. One can pull the car out from a parking lot without actually getting in. To do this, one needs to start the car from the touchscreen-equipped smart key (Display Key). The first step involves establishing a connection between the car and the key and then hitting a button to start the engine. The car then can be moved by sliding the finger forward on the key screen. The car first straightens itself out with a big steering motion, and then comes rolling out to meet you.

The car for India, though, is also expected to get some India-specific bits such as a modified boot to house a space saver spare tyre rather than having it rest strapped down on the boot floor. 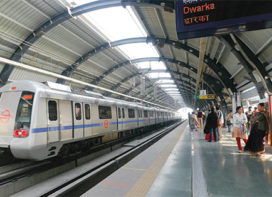 Preparations for re -opening of Delhi Metro