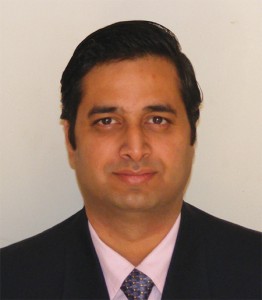 Ajay Sharma, Associate Vice-President, Reliance Infrastructure Ltd discusses the challenges that the recently completed project to widen the Trichy-Karur stretch of NH-67 faced in its execution.

TK Toll Road Pvt. Limited (TKTRPL), a SPV of Reliance Infrastructure Limited entered into a Concession Agreement (CA) with NHAI in 2007 for strengthening and widening of the 2-lane road to 4-lane dual carriageway of Trichy – Karur section of NH-67 in Tamil Nadu.

The project was awarded by the NHAI on a Build operate and Transfer (BOT) basis for Design, Construction, Development, Finance, Operation and Maintenance of the 80km highway stretch with a concession period of 30 years. The project is a section of NH-67 that connects Coimbatore to Trichy, Kumbakonam, Tanjavur and Nagapatinnam. The road connects major tourist destinations such as Srirangam, Samayapuram, Kallanai, Mukkombu and also industrial zones. The corridor also connects more than 44 villages with important cities like Coimbatore and Bengaluru.

The corridor witnesses approximately 12,000 vehicles per day which is expected to double in the next four years. Due to presence of Trichy temple, this project sustains high passenger traffic volumes. Also the Project road which is parallel to River Cauvery, is known as the Sand Bank of India. There is large number of sand trucks plying on the road. Karur is well known for handloom, powerloom textile products, paper and bus body works industries. Since there is no alternative road, all commercial traffic between Karur & Trichy uses this project stretch.

The schedule Project Completion date was July 2010. However, due to circumstances beyond the control of Concessionaire, the project completion was delayed by more than three-and-a-half years. There were many reasons for the delay:

Deficiencies in DPR: The DPR completed during the bidding was not completely done and the drawings provided with the bid document were not consistent with the site conditions. Coordinates system referenced in DPR drawings could not be traced in the field by the Concessionaire and hence multiple survey works were done which resulted in considerable loss of time. The DPR consultant had not included some of the structures like ROB & minor bridges which were needed to be built for completion of project. Additional parking area and shoulder for 2-lane highway were not envisaged as nature of traffic was not taken into account.

It is relevant to point out that due to the deficiencies in DPR, the NHAI considered black listing the DPR consultant. However, the Concessionaire completed the project by taking a proactive approach and extending itself beyond the boundaries of the concession agreement. However, in doing so it had to incur unwarranted delays and cost.

Ambiguous Scope of works: The bund running along the project alignment needed to be shifted and as per the provisions of the Concession Agreement, it was the obligation of the Authority to hand over encumbrance-free land to the Concessionaire and to bear the expenses for shifting the utilities. However the Authority declined to this and hence realizing the site constraints and complexities involved, the concessionaire decided to adjust the alignment within the available land and to construct the toe wall/retaining wall/raising of bund to avoid the acquisition of land and shifting of bund in the said location.

Land Acquisition & Right of Way (ROW): As per the concession agreement land required for completion of the project road was to be handed over by NHAI within 12 months from the date of signing of agreement, which was on or before 18th July 2008, but this was delayed due to local disturbances and procedural delays. The construction activities were delayed owing to ROW which was made available in bits and pieces. The concessionaire put additional land officers / team and expedited the process of land acquisition in close co-ordination with NHAI.

Force Majeure condition owing to Trichy Bypass: Initially the construction activity on 5km of the 20 km bypass was abandoned as per High Court orders. NHAI asked the concessionaire to stop the construction activities. The DPR which was done at the time of project conceptualization by NHAI was incorrect as the proposed bypass was passing through the water bodies. There was an agitation by local people to change the proposed alignment. NHAI, in consultation with IC & Concessionaire modified the alignment but the local populace went to the court and obtained a stay order. The verdict of the court was to construct an elevated corridor over the water tanks and require huge capital outlay and hence NHAI advised IC to prepare Detailed Project Report for shifting of alignment as it will amount to change of scope.

Due to the concessionaire’s continuous and persistent efforts, it was able to convince NHAI that delays on the issues were not attributable to it and these delays were excluded from the scope of works before announcement of the commercial operation date for the project.

Delay in Gazette notification: With all the issues encountered Reliance Infrastructure had completed the stretch and were ready to start the toll operations for a stretch of about 63km but there was a delay in issuing the Gazette notification owing to inclusion of Lalapet ROB in the alignment. This initially was not a part of original scope of the project. However as Lalapet ROB and its approach road falls within the project stretch of TK section, the entire matter was taken to EC and board of NHAI wherein it was decided to assign Lalapet ROB including its approaches of 2.28 km length to concessionaire along with its maintenance.

Due to the concessionaire’s persistence effort at various levels in NHAI & Ministry the various outstanding issues were resolved and toll operations began in Feb 2014.