Share !
Akhilesh Srivastava, CGM (IT & HO), NHAI, gives an account of Government of India’s plans for expanding Highway network in the coming years. 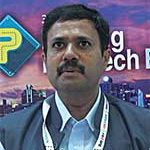 India’s 5,482,000 km (3,406,000 mi) road network is second largest in the world, of which only 2% (~115,000km) are National Highways (NHs) carrying 40% road traffic. The National Highways network of India is a network of trunk roads that is managed and maintained by agencies of the Government of India.

In India, National Highways are at-grade roads whereas Express Highways, commonly known as Expressways, are controlled-access highways, mostly six-lane or above, where the entrance and exit is controlled by the use of slip roads (ramps) that are incorporated into the design of the highway. The at-grade national highways do not have shoulder lanes. 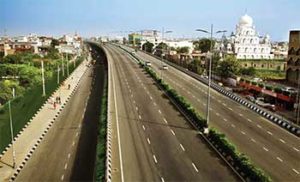 The speed on National Highway is mostly unregulated and is mostly slowed by heavy trucks in middle lanes. The highways are also used by pedestrians and cyclists creating dangerous situations.

• The National Highways Authority of India (NHAI) is the nodal agency responsible for building, upgrading and maintaining most of the national highways network, and often uses a public-private partnership model for highway development, maintenance and toll-collection.

• India can be termed as late starter in the construction of National Highways as the length of national highways in the country was 29,023km in 1980, which expanded to 76,818km by the end of 2002.

Government of India, plans to double the National Highways length in India in the next few years by connecting and enhancing capacity of the existing corridors, by strategically building new corridors, feeder roads, logistic hubs etc so that freight traffic on National Highways can be increased from 40% (existing) to 80% by 2022.

Bharatmala, is a centrallysponsored and funded road and highways project of the Government of India with a target of constructing 83,677km (51,994mi)of new highways at an estimated cost of 5.35 trillion (US$82 billion) which has been started in 2017. Bharatmala Phase -I plans to construct 34,800 km of highways (including remaining projects under NHDP) at an estimated cost of Rs.5,35,000 crore by 2021-22.

Bharatmala will significantly enhance the capacity and boost highway infrastructure:

The project will build highways from Gujarat and Rajasthan, move to Punjab and then cover the entire string of Himalayan states – Jammu and Kashmir, Himachal Pradesh, Uttarakhand – and then portions of borders of Uttar Pradesh and Bihar alongside Terai, and move to West Bengal, Sikkim, Assam, Arunachal Pradesh, and right up to the Indo- Myanmar border in Manipur and Mizoram. Special emphasis will be given on providing connectivity to far-flung border and rural areas including the tribal and backward areas.

It is both enabler and beneficiary of other key Government of India schemes, such Sagar-Mala, Dedicated Freight Corridors, Industrial corridors, UDANRCS, BharatNet, Digital India and Make in India. Mapping of Shortest Route for 12,000 routes carrying 90% of the India’s freight, commodity-wise survey of freight movement across 600 districts, automated traffic surveys over 1,500+ points across the country, and satellite mapping of corridors to identify upgradation requirements for the Bharatmala.