The Subway is changing the urban rhythm and the lifestyle of Chinese citizens. Among all the urban public transportation, subways have become the top choice for more and more citizens with great convenience, comfort and quality. In the backstage, the stations develop sophisticated and powerful air conditioning systems to provide this “fresh spring feeling” all year round.

Due to interval subway classes and night off-stream, the passenger flow at the station hall changes dramatically. In addition, due to the great seasonal temperature difference in Beijing, the air-conditioning system frequently switches from peak to part-load and extra-low load.

The Beijing Subway Line 9, completed at the end of 2011, aims to be a demonstration line in terms of energy conservation and carbon emission reduction which is something to consider from the beginning. Beijing Urban Engineering Design Research Institute Co., Ltd., the design team of “Guogongzhuang Subway Station”, selected variable speed as core technology for subway air-conditioning. Danfoss joined McQuay Air Conditioning & Refrigeration (Wuhan) Co., Ltd. to develop the air-conditioning system of the station.

The operation time of the air-conditioning units is from May to October every year, and for the past two years, the units operation time has added up to one year in total.

Due to interval subway classes and night off-stream, the passenger flow at the station hall changes dramatically. In addition, due to the great seasonal temperature difference in Beijing, the air-conditioning system frequently switches from peak to part-load and extra-low load.

The reality demonstrates annual efficiency and energy conservation of three “1 million” and provides a satisfying answer under all circumstances. Compared to traditional constant frequency screw units, Maglev Converter Centrifugal and Water Chiller units have saved about:

The integrated converter-driven control technology of Danfoss TurbocorTM compressors allows 4 units in Guogongzhuang Subway Station to realize over 11 IPLV and seasonal efficiency could reach 13. When condensing temperature and/or thermal load changes, compressors regulate cooling capacity to meet actual demand by controlling and adjusting the rotating speed of motors and vanes through frequency converting control. In the meanwhile, compressors can avoid surges to achieve the best efficiency. Compared with ordinary cooling units, chillers equipped with Danfoss Turbocor compressors are still be able to operate smoothly even in 10% under-load operating conditions. 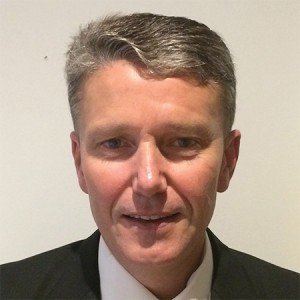