Are Cycles for Allies & Parks? 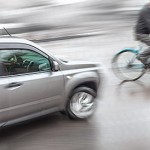 A growing band of young, successful Indians are taking to cycling as a green lifestyle choice, but it’s far from a smooth ride. TrafficInfraTech finds out… Mark Twain once said, ‘Get a bicycle. You will not regret it, if you live. Cycling on Indian roads? One may think it’s just unsafe given the terrible shape of our roads and the ... END_OF_DOCUMENT_TOKEN_TO_BE_REPLACED 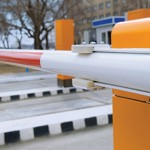 Roads and highways should be designed and constructed in a way that they ensure and guarantee safe, effective, convenient and efficient transportation. Road safety systems like Road Barriers are described as vehicle protection systems which are specially designed to protect vehicles from roadside hazards, and thereby redirecting errant vehicles in a safe manner as well as providing high levels of ... END_OF_DOCUMENT_TOKEN_TO_BE_REPLACED 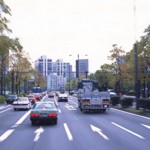 Allowing developers to fully exit by way of a ‘harmonious substitution’ mechanism In BOT road projects under the PPP model bid out before 2009-10, the private party/consortium which develops the project is required to hold a minimum level of ownership in the project throughout the concession period, usually 26% of the shareholding of the SPV developing and operating the project. ... END_OF_DOCUMENT_TOKEN_TO_BE_REPLACED 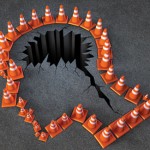 India has the dubious distinction of having maximum number of fatalities on our roads. During the year 2012, 138275 people were killed in 4,90,000 accidents. Improvement of roads and availability of new age vehicles have led to increased speed on the road and thereby increased accidents. As such road safety is an area of concern for all the Government. V ... END_OF_DOCUMENT_TOKEN_TO_BE_REPLACED

Mumbai’s new integrated, state-of-the-art Terminal 2 at Chhatrapati Shivaji International Airport (CSIA) was inaugurated on January 10 by the Prime Minister Dr. Manmohan Singh in the presence of the Governor of Maharashtra, K. Shankarnarayanan, the Chief Minister of Maharashtra, Prithviraj Chavan and other dignitaries. Spread over an area of 4.4 million sqft, the new terminal features a highly compact design ... END_OF_DOCUMENT_TOKEN_TO_BE_REPLACED

Roads are one of the most important development demands from the North East (NE) Indian States. Density of roads in North East Region (NER) is far less than the national average. NER Vision 2020 and XIth Five Year Plan also emphasize requirement of expansion, maintenance and improvement of the road network at all levels from National Highways (NH) to rural roads and even porter tracks to provide the essential basis for trade and economic development. Even though the road network per capita is significantly higher in NER compared to the rest of the country, the road length per unit area is low, making the accessibility requirement of inhabitants a need to attend to. A. Saurikhia, Senior Scientist & Head, TMBD, CSIR-CRRI, writes on the special needs and strategies for NER and the technology management initiatives. END_OF_DOCUMENT_TOKEN_TO_BE_REPLACED

During 2012-13, there has been a general economic slowdown, and this, along with other external factors, adversely affected the performance of Highway projects in India. Out of total targeted award of 8,100km, NHAI could award only 1,116km of NHDP projects. However the performance on the construction front was much better ? against a target of 3000km, 2702km was achieved. In the year 2011-12, the Ministry of Road Transport and Highways was able to award only 1,933km of projects as against the target of 9,500km. The Ministry has made sustained efforts to identify the issues ? delay in land acquisition, environment and forest clearances, shortage of equity, management of contracts etc ? that affected the performance of the highways sector and worked out some solutions. The following article by Vijay Chhibber, Secretary, Ministry of Road Transport and Highways, gives an overview of the Indian Highways and the measures taken by the Ministry to speed up the road building activity. END_OF_DOCUMENT_TOKEN_TO_BE_REPLACED

While elaborating on the hurdles in and solution for highway construction, Sudhir Hoshing, CEO (Roads), Reliance Infrastructure, says that in the true spirit of Public Private Partnership, risks and rewards need to be shared by both the parties for ensuring effective implementation. Reliance Infrastructure has a portfolio of 11 road projects in six states, with a total length of 968km. END_OF_DOCUMENT_TOKEN_TO_BE_REPLACED

The authors take a look at Land Value Capture, a method of land-based financing for funding infrastructure improvements that is employed in the US, and holds promise for an emerging economy such as India. END_OF_DOCUMENT_TOKEN_TO_BE_REPLACED