Today, nearly 50 major works related to surface transport are going on in Bangalore city - flyovers, underpasses, road widening and Metro work. Roads have been dug up for laying water sewerage pipe lines or power / telephone cables along 60km, which has affected 80 junctions. There are 70-80 junctions with traffic diversions. The number of vehicles on the roads has reached 35 lakh of which 75% are two-wheelers. There are 40,000 intersections of which at least 1000 require constant monitoring. Topping all these is the shortage of the police personnel. Yet, under the leadership of Praveen Sood, the Additional Commissioner of Police, Traffic, the Bangalore City Traffic Police has been keeping the city very much ‘under control’. Sood spoke with TrafficInfraTech’s Editor-in-Chief Mangala Chandran on the City’s Traffic Management Centre (TMC) and the adoption of technology to collect, process and disseminating traffic data. END_OF_DOCUMENT_TOKEN_TO_BE_REPLACED

From Hong Kong and China – Lessons in Parking Demand Forecasting

While forecasting parking demand, it is important to perform follow-up surveys over time to understand how the demand changes over time. The authors bring over 45 years of combined experience in transport planning to explain how parking demand can be assessed and how this demand can be managed, with specific reference to experience in Hong Kong and China. END_OF_DOCUMENT_TOKEN_TO_BE_REPLACED

Improving the effectiveness of Lane Marking

Effective Lane Marking can successfully increase the thruput of vehicles. Hence, it is advisable to invest in durable, luminous and bright paint of high quality. END_OF_DOCUMENT_TOKEN_TO_BE_REPLACED

When Green is Gold Smart Metro Applications for Rail Travellers

Florida, which now moves into rail transit, faces the challenge of getting the residents to ride the trains as its population is heavily dependent on personal automobiles for travel. For the “buy-in” to happen, it has to provide the overall “rider experience” that is a step up from their current mobility options. END_OF_DOCUMENT_TOKEN_TO_BE_REPLACED

Al-Madinah Al-Munawwarah (Madinah City’s full name) is located in the centre of the western part of the Kingdom of Saudi Arabia, which is called ‘The Hijaaz’. It is the second of Islam’s cities, after Makkah Al-Mukarramah (Mecca) and home to the second of The Two Holy Mosques of Islam. A few years back Madinah installed Vantage video detection systems to ... END_OF_DOCUMENT_TOKEN_TO_BE_REPLACED 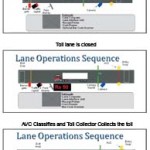 ETC Systems, a vehicle indentification technology based on EPC, Gen-2 and ISO 18000-6C standards, will entirely transform toll collection in India. As it provides a centralised database and a unique ID to vehicles, it will enable the usage of many other applications too. END_OF_DOCUMENT_TOKEN_TO_BE_REPLACED

Avery Dennison’s latest product OmniCube™ not only improves retro-reflectivity but its Intelligent Cube Technology efficiently returns light to drivers of all vehicles, including heavy Trucks, SUVs, Automobiles with the newest headlight designs and motorcycles. END_OF_DOCUMENT_TOKEN_TO_BE_REPLACED

Swedish Transport Authorities are planning to start discussions with leading telecom companies to provide in-built mobile phones in cars that will switch off or automatically slow down the car if the driver reacts in a dangerous manner due to a phone conversation. Italy, on the other hand, has developed a software that allows information on hazardous roads to be shared through all smartphones. END_OF_DOCUMENT_TOKEN_TO_BE_REPLACED