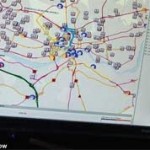 This study done by Proff Dr PK Sarkar, Head- Department of Transport Planning, School of Planning and Architecture (SPA) in 2015 along with the students and faculties of SPA aims to address comprehensive mobility aspect of the capital city of Gujarat, Gandhi Nagar, with reference to policies & strategies for developing sustainable transport infrastructure and ensure its transportation operation & ... END_OF_DOCUMENT_TOKEN_TO_BE_REPLACED 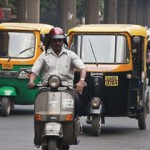 A century of car-centric urban development has left our cities polluted, congested, and searching for sustainable solutions. Transport Demand Management (TDM) strategies can provide these solutions by combining public policy and private sector innovation to reverse over-reliance on private cars. The Moving Beyond Cars series – exclusive to TheCityFix and WRI Insights – offers a global tour of TDM solutions ... END_OF_DOCUMENT_TOKEN_TO_BE_REPLACED 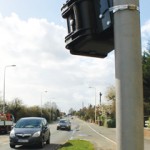 Traffic Survey is a very small profile in the Infrastructure Industry, but indeed plays a vital role in deciding the success of an entire project. All major Infrastructure projects starts with planning and traffic data is the main input for the planning process. This shows how important the traffic data is and its need for accuracy. There are different Data ... END_OF_DOCUMENT_TOKEN_TO_BE_REPLACED

Phoenix Contact, as a partner to infrastructure industry has developed application specific solutions for the traffic industry with high infrastructure availability, better traffic conditions and timely response to the user requirements as the primary goals. High availability, reliability and flexibility for your transport infrastructure The Highway Traffic Management System (HTMS) is an integration of multiple applications functioning together. Users can ... END_OF_DOCUMENT_TOKEN_TO_BE_REPLACED

R P Singh, Chairman, NHAI, takes a look at toll collection in India and the challenges facing Electronic Toll Collection in his presentation at the conference, “PSKLM International Expressway Conference & Exhibition” held recently in Malaysia. There are 13,900km of completed highways projects under tolling in India, out of which 7201km are under private tolling (BOT toll projects) while 6703km ... END_OF_DOCUMENT_TOKEN_TO_BE_REPLACED

Toll plazas are one of the most neglected forms of contemporary architecture even though millions of people use it every day; some to cross territories and others for employment. When the Vadodara Bharuch toll plaza was to be built on NH 8 in Gujarat, the client wanted to create a new bench mark in the toll plaza industry. This led ... END_OF_DOCUMENT_TOKEN_TO_BE_REPLACED

Sandeep Pawar, Managing Director, Mumbai based Kent ITS talks to TraficInfraTech about toll automation, ETC and the company’s ETC solutions. What are the unique features of Toll Explore – the toll automation solution from Kent ITS? What technology does the system use? Toll Explore is very flexible because most of the components of the system is designed and manufactured in-house. ... END_OF_DOCUMENT_TOKEN_TO_BE_REPLACED

The ambitious safe corridor project on the 80km stretch from Vetturoad to Adoor near Thiruvananthapuram, one of the most accident-prone stretches in the state has begun. As per the data collected by National Transportation Planning and Research Centre (NATPAC), the agency carrying out the pilot study on the project, around 1200 accidents happened on the stretch in the past three years. The project, which aims at bringing down the accident rate to zero, will be implemented with financial aid from World Bank by the Kerala State Transport Project, a Kerala PWD programme. The KSTP has set aside `60 crore for carrying out safety projects on the roads coming under its jurisdiction. According to NATPAC Director B G Sreedevi, the project is being implemented with the help of local bodies, police department, motor vehicles department and hospitals in the area. ?Interestingly, when good roads was provided, accidents also showed an increasing trend. Hence a detailed study was done,? said Sreedevi. A Progess Report. END_OF_DOCUMENT_TOKEN_TO_BE_REPLACED

ITS for Safer Roads