Challenges and the Technology with a focus on Smart Cities

Jawaharlal Nehru National Urban Renewal Mission (JNNURM), with a seven year period, was launched in December 2005 emphasizing reforms in various sectors including urban transport in 63 project cities with a total out lay of `1,20,536 crores. Sub-mission for Urban Infrastructure and Governance dealt with road network, urban transport, in addition to other infrastructure projects. As a part of this scheme, MoUD insisted on development of Comprehensive Mobility Plans (CMPs) for the cities, emphasizing on mobility of people rather than on mobility of vehicles. CMP is a long term strategic document, which provides the vision and goals to achieve the desirable mobility pattern for the city’s populace in a sustainable and cost effective manner. MoUD has also developed Service Level Benchmarks for urban transport to create awareness and competitiveness among Urban Local Bodies (ULBs) about quality of service. Several BRTS projects were sanctioned in many of the project cities. Common Mobility card (CMC) and Automatic fare Collection (AFC) systems have also been initiated by the MoUD. 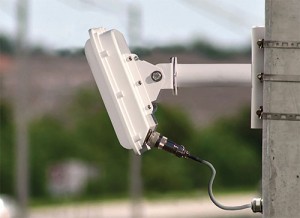 As part of this mission, Urban Infrastructure Development Scheme for Small & Medium Towns (UIDSSMT) was developed to cover all other census towns, with a aim to encourage reforms and fast track infrastructure development. Metro projects in several cities, viz; Delhi, Chennai, Nagpur, Kolkata, Bangalore, Kochi, Jaipur, Mumbai, Hyderabad and Gurgaon are under various stages of development and implementation. First time in India, Urban Metropolitan Transport Authorities (UMTA), coordinating body for planning and implementation of all urban transport projects, were formed for all major cities in India, under the guidelines of MoUD in last 5-7 years.

MoUD started another scheme of Urban Infrastructure Development in satellite towns / counter magnets of mega cities like Mumbai, Kolkata, Delhi, Chennai, Hyderabad, Bangalore and Ahmedabad; co-terminus with the Eleventh Five Year Plan; to channelize their future growth so as to reduce pressure on these mega cities.

MoUD launched Atal Mission for Rejuvenation and Urban Transformation (AMRUT) in June 2015 with the national priority to create infrastructure to provide basic services to citizens living in about 500 cities (population more than 100,000) of our country. One of the thrust areas is improving urban transport facilities like pedestrian, non-motorised and public transport facilities, parking spaces, etc.

The core infrastructure elements in a smart city with relation to transport would include efficient urban mobility and public transport. Illustrative list of smart solutions for urban mobility are smart parking, intelligent traffic management, integrated multi-modal transport, etc. The smart city mission will cover 100 cities and its duration will be five years (FY2015-16 to FY2019-20) with financial outlay of Rupees one lakh crore of Government/ULB funds.

In a nutshell, GOI has been giving much focused emphasis for enhancing urban transport infrastructure since 2005.