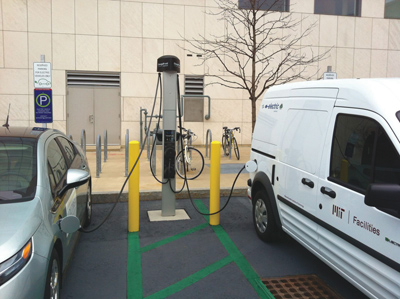 The state of New York has unveiled ?Charge New York?, an initiative under which about 360 new electric vehicle (EV) charging stations for electric and hybrid vehicles will be installed across the state in the first phase. The initiative plans to take this number up to 3,000 public and workplace charging stations throughout New York over a period of five years. The project lowers the EV charging demand on the grid during peak periods by virtue of its smart charging capabilities. The new charging stations, most of them dual-charging stations for EV and hybrid vehicles, and scheduled to be operational in 2014, will be located at convenient locations such as transportation hubs and other public and private parking lots, mainly in the Metropolitan New York City area.