As in India, railways have long played an important role in the development of China. The nation has been developing its railway network since the late 19th century which has often been seen as a source of national pride. China, which had its first indigenously designed and constructed line built from 1905 to 1909, could boast of around 9000km of railway track in 1911 itself. As highways modernised and offered quicker journeys (e.g. by inter-city coach) and as civil aviation grew markedly, the attractiveness of railways began to decline. What was required was not just capacity expansion, but a step-improvement in the journey times offered. And this meant High Speed Rail.

Historically, most countries with High Speed Rail proceeded with a mixture of ambition and caution: Testing the technology and its acceptance on an initial line before expanding roll out gradually across the country. In contrast, once the decision was taken to proceed, China moved to implement High Speed Rail quickly – very, very quickly in fact. It was not sufficient just to connect existing economic powerhouse cities, but as part of the Government’s “Go West” campaign (to spread economic development into its central and western areas), the network was to be nationwide from the outset.

Much of China’s recent economic success can be attributed to upgrading infrastructure very quickly, as well as to technological “leapfrogging”, adopting the latest available technologies and wherever possible, attempting indigenous development of improvements. It was with this philosophy that China sought to develop its High Speed Rail programme: Drawing upon foreign expertise for those elements which could not be sourced domestically, whilst also quite consciously looking to achieve technological “leapfrogging” to develop something ultimately better than what was available elsewhere.

China claimed 350kph speeds for its High Speed Rail in an effort to develop a ‘best in class’ system, implying that its trains were the fastest operating trains in the world (with the possible exception of the Shanghai Maglev line, depending upon whether or not that is considered a train). It was also keen to export its high speed rail technology to other countries as soon as possible.

The Ministry of Railways of the People’s Republic of China is a large organisation, overseeing 16 railway bureaux and two railway group companies, with a total workforce estimated at two million. It enjoys a certain degree of autonomy within China, including having its own law courts. This was likely advantageous to a rapid roll-out of the High Speed Rail programme, not being overly encumbered with interference from other agencies. 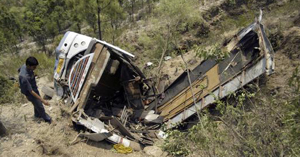 More than 1,500km of high speed rail tracks were laid each year from 2006. And at the start of this year, it was envisaged that about 4,500km of track would be laid during the course of 2011. It was probably largely due to statistics such as these that the High Speed Rail programme started to make news internationally and started to emerge as a new source of national pride within China, prior to and going into 2011. China has already built more high speed railway lines than have been built in western countries in the last four decades. It was planning to have more high speed railway tracks than the rest of the world put together by 2012.

However, a number of problems began to surface soon.

Ticket Prices: Perhaps the first problem to receive widespread public attention was pricing, particularly in the run-up to the Lunar New Year, which is the primary holiday in China when millions of migrant workers return home. Taking the example of the Guangzhou-Wuhan line (opened in December 2009), average speeds were roughly four times that of previous inter-city services. However, fare levels were also around four times that of the ordinary railway: RM490 (IR3520), i.e., about 15% of the average monthly income of workers in Guangzhou.

Previous: Research on dowsing in other countries
Next: The Bullet train accident at Wenzhou