Collaborating for Safe and Smart Roads

With infrastructure development increasing at a breakneck speed, communication between the Government departments and private players is becoming more important. At the round table session on the first day of TrafficInfraTech Expo, we opened the floor for discussion between these stakeholders.

The Ministry of Road Transport and Highways of India has ambitious goals for the country, especially when it comes to making our roads safer and smarter. To execute this plan, there is a requirement for effective collaboration between governmental bodies, infrastructure developers and technology providers.

Data is the requirement of the future and there can be no concrete steps taken in infrastructure development without accurate data gathering. MoRTH and National Highways Authority of India are promoting the collection of data, with an emphasis on the quality that feeds into decision support systems.

An example of using data is to understand how traffic can be streamlined at toll booths. Currently, vehicles need to slow down for the toll barrier to lift. Data analysis can make this seamless and decongest choke points, which can lead to lower fuel consumption.

Data is relevant even when it comes to testing products before installation. The testing is inconsequential if the data is not standardised and analysed for improvements. For any infrastructure project, there should be cohesive data collection and analysis. 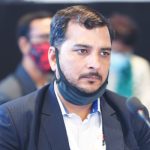 Abhishek Tiwari, Associate Director, Indian Road Survey & Management Pvt Ltd pointed out, “The Ministry and NHAI are promoting the collection of data. Collection is one thing, but how appropriately or precisely we use the data for decision support systems is what need to be looked at. We are in a phase where we have to emphasise the quality of data and start utilising it properly. Can we make Network Survey Vehicles standardised or make some sort of code provisions which have to be followed for standard or optimum specifications of NSV. Because we have seen a lot of specifications coming in different bits.” 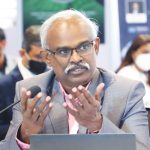 Narayanan Subramaniam, COO, Athaang Infrastructure Pvt Ltd, said, “All data during construction and operation should be recorded daily, analysed, and kept as a record. There should be a rating system based on this data and when the developer goes for a new contract bid, this rating should be considered. This forces the developer to give better quality, which serves the public.”

There are certain forms of technology that were recommended to further the goal of data gathering. Drone based data gathering would be beneficial for remote areas that are hard to access. Another piece of technology was based around live-view body cameras, that could be used by project managers or directors for video evidence, that could expedite road construction. 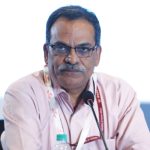 R.K. Pandey, Member, Projects, NHAI stated, “Recently we came out with a tender document for construction of the Lucknow-Kanpur expressway, where we are trying to move to digital construction. We made it compulsory for the bidders to have sensor-based equipment that transmits all forms of information that has been stipulated. The idea is to monitor the physical progress and quality of the project, while utilising technology to the best of our possibilities.” 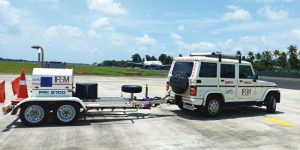 Safety has become an integral part of any infrastructure project. But it has larger connotations and requires a focused effort on behalf of the government bodies. The committees that have been setup by the Indian Road Congress (IRC) are a result of this industry need. Accreditation and standardisation are vital in ensuring consistent safety norms.

There are also specific committees that have been setup under the IRC, which created the road safety audit manual. This was originally meant to be drafted by the World Bank but was not accepted by the industry. The IRC committee prepared their own document which considers Indian road conditions and requirements. This manual has also been recognised by academic and research institutions.

In addition, curriculum has been formulated by the IRC for road safety auditors and personnel. This has been accepted by the IITs and research bodies, who are now training individuals on road safety.

On the issue of enforcement, there has been a marked reduction in traffic violations as the penalties have been increased. There are new amendments being considered regarding penalties to increase adherence to safety regulations, and the need for this was discussed in the panel. 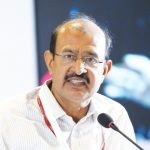 According to S. K. Nirmal, Secretary General, IRC and Additional Director General, MoRTH, there has been a huge demand for a document on dealing with blackspots. “We took on this challenge and now that document has been prepared, is in print, and will be released soon. We’ve also framed a new committee and invited presentations from the best in the industry to update the 119 document on road safety barriers. Even though it is 5-year old document, we have already taken up the revision.” 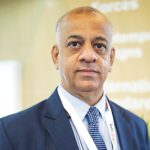 Rajaram Subramaniam, Managing Director, Safebarrier International Pvt Ltd appreciated the positive and constructive response the industry has been getting from IRC. “It is important to take the industry into confidence, because we are available for you. We are an industry but as a company we are there for road safety, and always available to help. We are committed to bring all the latest products to India for all of us.”

Technology and a Performance-based future

A big concern for most technology providers and infrastructure developers is the fast pace at which technology is evolving. One camera per lane might become outdated and one camera for three lanes becomes the norm, but the question is whether this fits into the requirements of the government bodies. And this is where performance led contracts are coming into play. 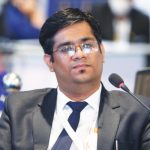 “Earlier there was a single camera or radar for a single lane. Now we have single camera that can cover three lanes. There are so many cameras, radars, which lead to an increase in costs including for cables and wires. Since we have this technology, we must use it. And this is something we can also use for the GPS based toll collection, where the single camera can capture all the lanes.

“On a similar trend, with body worn cameras, project director and supervisors can use the video data as evidence in support of their project reports.” 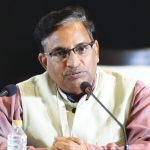 J.K. Goyal, Senior Principal Scientist, CSIR-CRRI, added, “The contracts nowadays are formed on the basis of performance measurements, done on a scientific basis. We have National Survey Vehicle which keeps monitoring the road performance. We have a bridge inspection unit which carries out real time monitoring of the bridges. We have our own MBIU developed and patented by CRRI. This has become a common thing.”

The Government bodies are unable to keep up with individual technology provider requirements and the pace at which technology is evolving. So, the organisations have changed their tactic and the contracts are based entirely on performance and accuracy. They specify the performance levels that are required, and it is incumbent on the providers and concessioners to use whatever technology they deem fit to give those required numbers.

This allows the concessioners to choose and upgrade, based on financial and technical restrictions. But even then, certain mandates and items can be made compulsory in the DPR, such as the use of LiDar for surveys.

The intention of technology is reducing the human element to increase speed and precision. But a bigger focus is on mobility, be it shared mobility or connected mobility. Only 23 out of every 1000 people in India own a car, which is one of the lowest in the world.

A large part of India’s population uses public transport for their travel, and the focus is on making public transport compliant with Intelligent Transport Systems (ITS). The IRC technical expert committee is preparing a new document for ITS adoption. 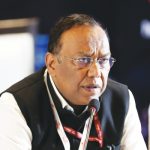 Amit Kumar Ghosh, Additional Secretary, Highways, MoRTH, said, “In my view there are three revolutions that have started – Shared mobility, Connected mobility and EV mobility. We do not carry the baggage of other economies that were built on the back of private car ownership. This gives us a window of opportunity to create an all-new seamless mobility ecosystem. In London, you can check on your mobile which bus number is going to arrive in how many minutes at the next station. And if it’s snowing, you know when to get out of your house and reach the bus stop to catch the bus. So the question is – can we evolve to that stage and how quickly can we do that?”

In addition to mobility, development of logistics is becoming a vital focus. To contribute towards the vision of Gati Shakti, the development of multi-modal logistics parks and intermodal stations is ramping up, with the aim of reducing logistic costs and improving efficiency. Because of industry demand, the IRC has started another technical committee for multi-modal mix. The goal is to present a policy document based on inputs from experts in all sectors – shipping, metro, Indian railways, PWDs, NHAI, etc. 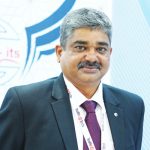 There were issues raised about creating more efficiency in the existing systems. Sandeep Pawar, MD & CEO, Kent Intelligent Transportation Systems, raised the point of requiring government support for system integrators in implementing newer technologies, which could lead to seamless travel at toll points. 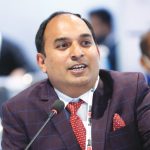 Nitin Nakhat, Proprietor, Sri Balaji Road Marking Machines, also raised the need for performance-based contracts in road furniture and markings. “Almost 98% of road markings are done by hand pushed machines. Concessioners or developers are giving these out to people who don’t know what road machines are but are responsible for the road safety of billions of people. All that they know is how to push a machine.”

There is still a long way to go before finding a cohesive approach on infrastructure in India. But all participants of this panel were optimistic that this could be overcome through communication between the government bodies, infrastructure developers and technology providers. 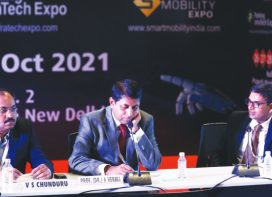 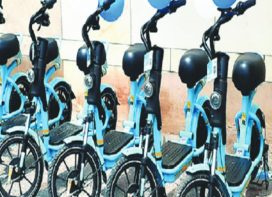 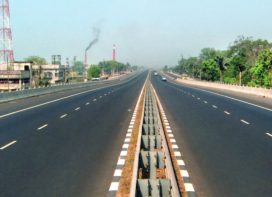