The situations we have in our country demand resilient and robust road safety products and solutions. We have a unique set of challenges on Indian roads that are vastly different from road circumstances globally.

Safety on our roads today is impacted by speeding, driving 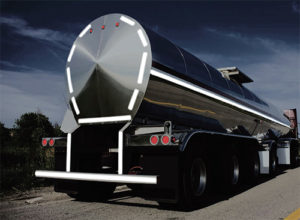 under the influence of alcohol and drugs, traffic management systems that are not geared for Indian conditions, lack of training on driver behaviour and also poor infrastructure. Safety is also impacted by regulations that are not clearly defined, training, road specifications and finally the intent of such regulations. The intent always needs to be about changing driver behaviour so as to ameliorate safety on our roads and get people home alive.

The Indian auto industry became the fourth largest in the world with sales increasing at the rate of 9.5 per cent annually. It was also the seventh largest manufacturer of commercial vehicles in 2017 and is expected to reach INR 16.16-18.18 trillion (US$ 251.4-282.8 billion) by 2026. With the exponential increase that the automotive industry is going through, the number of accidents on the roads is also witnessing an increasing trend.

There are multiple standards in effect to ensure the vehicles being manufactured and operated on the roads are safe for the driver, passenger and the road user. The engineering and manufacturing processes of these vehicles have evolved with critical safety to avoid collisions and ensure safety of the driver in cases of collisions. The safety features like airbags, speed limit alerts and safety belt reminders have been made mandatory with stringent crash test norms to reduce the chances of injuries of occupants and pedestrians. A lot of standards today focus on the conspicuity of the vehicle at night-time which now is experiencing diversification in terms of the applications.

Application of reflective material on vehicles ensures maximum visibility at day and night-time. There are varied applications in the form of conspicuity tapes, reflectors, rear marking plate, car license plate, reflective material wraps that can be highly effective in reducing fatalities on the road by making these vehicles visible.

Commercial vehicles are a serious concern due its nonvisibility at night which would often result in severe road accidents. Accidents involving rear-end collisions are common due to non-visibility of rear and side reflectors, mostly because the reflectors are either dirty or broken or a substandard product has been used. Therefore, application of conspicuity tapes on the front, sides and rear of heavy vehicles improves their visibility.

The conspicuity tape is available in three colors as per the specification laid down in the Central Motor Vehicles Rules, 1989. According to the prescribed standards, white and red conspicuity tape should be pasted on the front and rear respectively, whereas the yellow conspicuity tape should be applied on both sides of the vehicle. The Ministry Of Road Transport and Highways, through a notification dated July 22, 2010, asked all state governments to ensure implementation of the above rule. The application of standard and good quality conspicuity tape is critical as a non-durable and less reflective product will jeopardize the safety of the road user.

Diversifying the application to more areas, Rear marking plates on commercial vehicles have also been making room in the recent standards and notifications. As of now, these are applied on trucks to make the rear of the vehicle visible for the road user but in the times to come, this application foresees expansion to other commercial vehicles too.

In addition to the commercial vehicles, the visibility of emergency response vehicles like ambulances, police fleet, highway patrol and other utility vehicles are extremely critical. In most of the developed countries, the emergency vehicles have a printable reflective film applied to their body which improves the day and night-time visibility of these vehicles. This prismatic reflective film is a great solution for vehicle conspicuity as highly reflective markings can improve detection and recognition, giving drivers more time to react safely and avoid collision. There are a myriad of designs, colors and patterns used to distinguish each emergency service from their companion organizations.

Reflectives on car number plates are common in the developed countries but there is still scope for developing countries like India to explore the application. The product makes the number plate clear and visible and also adds to the overall conspicuity of the vehicle. Avery Dennison offers superior quality reflective solutions for vehicle safety conspicuity tape, rear marking plate, car license plate, Visiflex for emergency vehicles.

The reflective material applied on vehicles is as effective as it is visible. Even if a superior quality product is applied and installed as per the standards, periodic maintenance and reviews should be done to ensure the reflectivity of the reflective material is maintained. Broken, dirty, torn or non-visible substandard reflective products do not catch light properly leading to diminished visibility. The ability of being visible when it matters the most is essential for any conspicuous material applied on the vehicles.