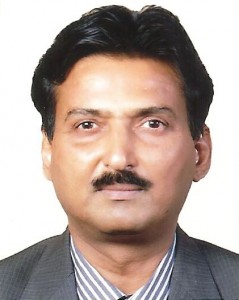 River Kosi or the ‘Sorrow of Bihar’ is one the most flood prone rivers in the world. During monsoon, this mighty river overflows and changes path mile over miles bringing endless misery to the people of north Bihar. Gammon Infrastructure Projects Limited took the challenging task of bridging the river in record time, bringing hope to region. Kishor Kumar Mohanty, Managing Director, Gammon InfrastructureProjects Limited gives an account.

Rivers are dynamic and normally keep changing courses. Floods and devastation happen when a river breaks all rules and forcibly occupies another course.

Gammon Infra has been bridging Kosi river since decades by building Kosi Barrage, Dumri Bridge and a bridge at Nirmali. In 2005, NHAI had floated tender and awarded contract to Gammon Infra Projects Ltd under BOT Annuity in 2006.

The scope of the project was to construct 1875m four lane bridge to guide water flowing in 12km width through the bridge by constructing Guide bund and construct a four lane approach on either side of the bridge for a total of 8.96km. 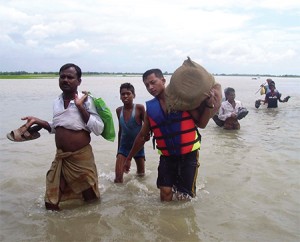 Three challenges that was originally predicted were; preparation of access to reach the bridge site, availability of limited working period of only four to five months a year and diversion of five small streams of Kosi river towards the main stream. The amenities like electricity and communication were very poor. Though access was made ready in June 2007, it was washed away by devastating floods in 2007.

By first quarter of 2008, entire embankment for western side other than small hindrance portion was almost completed. Kosi started eroding the embankment of bund when the 2008 floods reached its peak in June and the entire site team was isolated to live in an Island formed due to floods, fighting to save the embankment.

It was a tragedy that the Gammon learn, during monsoon that season, Kosi breached its embankment at 40km upstream and 90% of flow was shifted almost 70km. With only 10% of flow, there was an opportunity to start work at all locations, and the team responded by starting work.

Unfortunately our planning to start Approach and Bunds was stopped by villagers due to alignment issues which never got settled for the entire season, and hence no work could be carried out on Bunds. 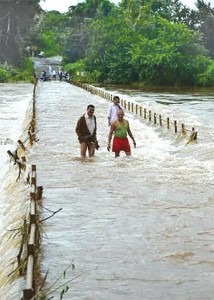 Since work on bunds were not allowed, we concentrated on an approach road and on 600m portion of Guide bund. We knew that once the approach road from bank to bridge is completed, we would be able to control Kosi from eroding the approach. Two small streams were flowing at 1km and 4.5km from bridge, and it was planned that after completing embankment at all other portions, closure of these two streams 30m and 80m respectively will be taken up.

The river shifted to 2km in east when work begun on full swing. And hence, Kosi had to be diverted in stages by providing pilot channel, and by constructing East Bank Bunds. The construction of 393m coffer dam was completed by end of 2010, and water was diverted through Main Bridge. Simultaneously the work on 40 Well Foundations along with segmental precast box girders were also taken up. Around 10km of embankments was built on each side complete with Guide bunds of 5.51km and Afflux bund of 15.7km, and a 2km bridge was built to channelise the river. There was zero fatal accident at site.

The service of India means, the service of the millions who suffer. It means the ending of poverty and ignorance and disease and inequality of opportunity.

Major works on the project almost 60% of the physical works including casting and erection of entire superstructure were carried out starting from Feb 2011 to Jan 2012 and the project was completed and opened for traffic in Feb 2012.

In the initial phase of construction, the floods appeared to be under control; however, it was only for a brief period. And hence, there was need for appropriate planning to procure material, plants & machineries and labour to complete the task.

Even though provisional protections were carried out at Afflux bunds & Guide bunds; but variation in flood levels caused scouring of the original bed of embankments along the toe of Afflux bund & Guide bund and severely damaged around 2km.

Today, with the completion of the Kosi Maha Setu over the river Kosi rapid development is taking place in the villages. The project has provided rural employment and better living standards for the local villagers including agriculture, village schools, permanent houses and modern transportation. The bridge has been providing the crucial linkage to the East- West corridor. Today, Kosi river is a ‘Pride of Bihar’.

Highlights of the project:

Previous: Building the Trichy- Karur Stretch of NH-67
Next: Efficient Safety Solutions for Road and Rail