The starting point of a decision in any field should ideally stem from a policy framework. A policy sets the goals, priorities and the principles which should inform the kinds of actions that ought to be considered. Urban transport has long suffered from the lack of such a policy-framework, until the advent of the National Urban Transport Policy (NUTP) in 2006. However, urban transport is a state subject under the Constitution and so in spite of the policy, the only way to enforce this has been through the conditions imposed by the Ministry of Urban Development for access to funding under the Jawaharlal Nehru National Urban Renewal Mission (JnNURM). Funding under JnNURM required cities to make a Comprehensive Mobility Plan (CMP) consistent with the NUTP. Unfortunately, the CMPs prepared by cities were of poor quality and most have remained on paper.

In addition to the CMP, which is a more recent planning tool, cities have always had to make Development Plans, which are also supposed to address transportation planning for the city, usually over a 20 year period. A Development Plan estimates the demographic and economic trends of the city and provides for the smooth movement of people mainly by laying out a street network (including bridges) along with some crucial transport facilities (like bus terminals/depots, parking etc) and also transport projects like Metro, tram etc. Typically a Development Plan, by its very nature is a gross or macro-level plan and usually avoids specific projects and schemes. It however provides the underlying structure on which a more detailed set of projects can be implemented. However DPs too have had issues, from delays in their preparation, and poor transport planning to lax implementation.

While policy and plans are necessary precursors, these may only provide guidance to what kind of projects may be required to be implemented. Specifics of the project, its necessity and design and the consideration of possible alternative solutions to the problems being addressed however require a more detailed analysis. While project planners may have an array of tools to make these kinds of decisions, two broad processes are a must; alternatives analysis and a cost-benefit analysis. There are others too, such as techno-economic feasibility, environmental impact assessment etc, but we shall see that at least elements of these can be considered to be a part of the alternatives and cost-benefit analyses.

What is Alternative Analysis? 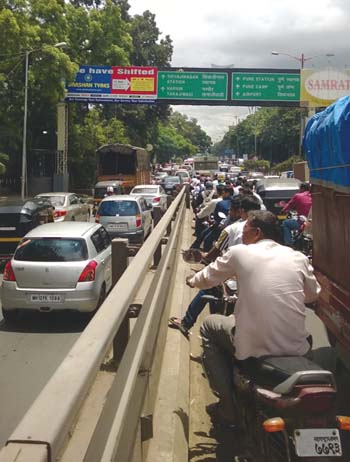 Alternative Analysis is about finding the best alternative to solve transport and related problems in a particular corridor or sub-area. Alternative Analysis is NOT a ?feasibility study? where the ?feasibility? of a single solution is evaluated without looking at other, potentially more cost-effective and desirable options. It is a consensus amongst various stakeholders after examining various options as pragmatically and honestly as possible in making the right choice.

An alternative analysis essentially identifies a problem to be solved and instead of jumping to a single solution, considers every possible solution and then methodically arrives at a smaller set of possible solutions. Once a small set of options is identified, one can then do a more thorough cost-benefit analysis to (a) identify the ?most beneficial? solution and (b) identify aspects of the project/scheme that need to be altered or possibly provided for in order to improve the project.

As the name itself suggests, a cost-benefit analysis (CBA) clearly lays out the cost of the project and the benefits that will accrue from it. Obviously any project is taken up because we think that in spite of the cost, it will yield a benefit that will make it worthwhile. CBA toolkits have been developed by many agencies over the years and while they all have some basic common features, they can be further customized for the type of projects being considered, say for urban transport projects.

Scope of the analysis

One of the critical factors to be taken into consideration is the scope of the analysis. The terms ?cost? and ?benefit? are very broad and one must decide what costs and which benefits will be taken into account. While any analysis will surely consider ?direct? costs, often the Rupee cost of the project, one has to also consider ?hidden? costs, such as subsidies, tax breaks etc, which are not always considered. There are again ?external? costs, such as the cost of displacement of people, cost of health impacts and the cost to the environment. Similarly, while ?direct? benefits, such as time saved, fuel saved etc are regularly considered, indirect benefits such as impact on the economy are harder to quantify and often poorly accounted for, or ignored. If the analysis is not limited to just the ?direct? costs and benefits and a more comprehensive account is taken of the social and environmental impacts, then only can one be sure that the project will actually be beneficial to people and society as a whole.

Who bears the cost and who benefits?

A critical question that must be answered through a CBA is whether the benefits from the project accrue to everyone and who ends up paying for the project. A project whose cost is borne by the public at-large, but only benefits a small segment of society (say only those who drive a car), must be re-evaluated. Similarly a project which creates external costs, such as an increase in air pollution or the loss of green spaces that are a part of the ?public commons?, must similarly be reconsidered. Attempts must be made that the project should be equitable, if the benefits accrue to a certain section of society, then the cost should also be borne by them. For example, if only motorists benefit from a particular road/flyover, one may consider charging for the use of that facility rather than imposing the cost on the public at large (public budget).

Another tricky aspect of any CBA is the quantification of certain types of costs (or benefits). If a project might increase the likelihood of accidents, or lead to greater air pollution (which could be measured), how might one assign a cost to each of these by-products of the project? A fatal accident extinguishes a human life, not something we cannot put a Rupee value on. However for the limited purpose of a CBA, one can assign some value to the potential economic output that the person would have produced if he/she would have lived. Similarly one must produce models that estimate the impact of higher pollution levels on the population and the potential impact on their health and finally turn this also into a Rupee value. This is clearly not an exact science but at the same time, ignoring these will give us a skewed picture of the benefits that the proposed project might yield. 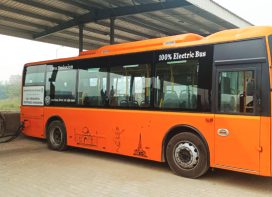 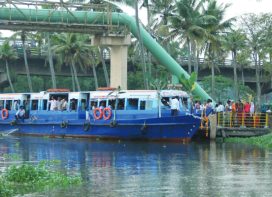