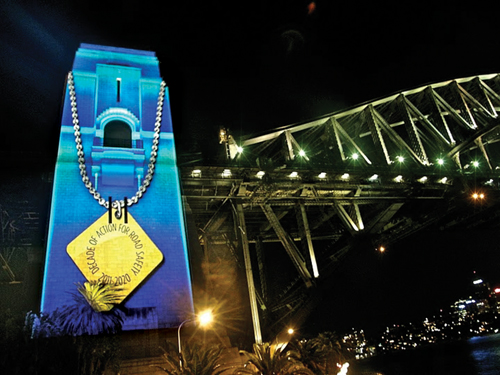 The Decade of Action for Road Safety (2011?2020), launched in 2011 by the United Nations, is an opportunity for countries to stop and reverse the current trend of alarming increase in road accidents. A one-year progress update by Dr Etienne Krug, Director, Department of Violence and Injury Prevention and Disability, World Health Organisation.

On May 11, 2011 governments around the world, with support from partners in civil society, academia, the private sector and the international community, embarked on an important initiative which could improve the health and well-being of citizens around the world. The first ever Decade of Action for Road Safety 2011?2020, launched in more than 100 countries, seeks to save millions of lives. Mandated by the United Nations General Assembly (UNGA), the Decade is a historic opportunity for countries to stop and reverse current trends which predict that road traffic crashes will kill an estimated 1.9 million people annually by the year 2020 ? up from the estimated 1.2 million today ? if no action is taken.

Globally, road traffic crashes take the lives of nearly 150 people every hour of every day. For people aged 15-29 years, there is nothing more life-threatening than this; not even HIV/AIDS, tuberculosis or malaria. About three quarters of those killed are men. Given that many serve as their family?s sole breadwinner, road traffic crashes – in addition to the emotional devastation they cause – can plunge families into poverty. 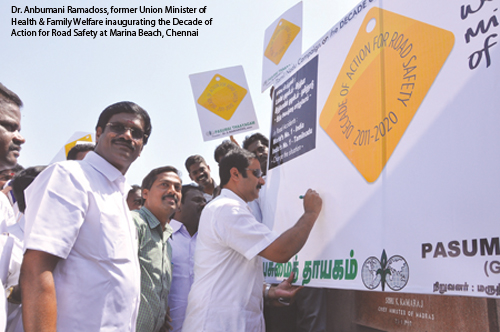 Yet there are striking differences in road traffic fatality rates across countries. In the Netherlands, for example, the estimated road traffic death rate per 100000 people is 4.8, in the Philippines 20.0; in South Africa 33.2; and in Eritrea 48.4. In other words, those countries with the highest rates have rates roughly ten times higher than those with the lowest rates. In India, the estimated road traffic death rate per a population of 100000 is 16.8, approximately three times the best performing countries of the world in terms of their road safety record. This amounts to a loss of life of more than 196000 people annually, with hundreds of thousands of families struggling to rebuild shattered lives.

Road traffic injuries are also an equity issue. Nearly half of those who die on the world?s roads are not travelling in private vehicles at all, and rarely do. They are pedestrians, cyclists, motorcyclists and passengers in unsafe public transportation. These travellers are particularly at risk in low-income and middle-income countries. In Thailand, for example, the proportion of those whoare killed on the roads among these groups of ?vulnerable road users? is roughly 81%, while in Uganda it is 52% and in the United States, 24%. About half of those killed in India are among these groups considered most at risk.

The Global New Car Assessment Programme (NCAP) was established in the context of the Decade, as a means of encouraging the worldwide availability of independent consumer information about the safety of vehicles. It promotes and conducts independent research and testing on the safety and environmental characteristics of motor vehicles, compares their performance, and disseminates results to the public.

This loss of life is tragic. It is also unnecessary. Road traffic deaths and injuries are not simply a price to pay for economic development. The knowledge exists to prevent them. In countries such as Australia, France, Sweden and the United Kingdom, deaths due to road traffic crashes have declined by more than 50% in the past four decades. The Decade provides a framework to make progress such as this in other countries of the world. Offering guidance in this direction, the Decade?s Global Plan outlines steps to be taken at national level. The Global Plan reflects a set of activities in five ?pillars?: Road safety management, safer roads and mobility, safer vehicles, safer road users and post-crash response. It also calls for increased legislation and enforcement on key behavioural risks, such as using helmets, seat-belts and child restraints and avoiding drinking & driving and speeding.