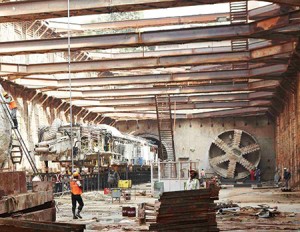 The Delhi Metro has been planned to serve Delhi and its satellite cities of Faridabad, Gurgaon, Noida and Ghaziabad in National Capital Region in India. Delhi Metro is the world’s 12th largest metro system in terms of both length and number of stations. The network consists of five regular lines and a faster Airport Express line, with a total length of 213 kilometres serving 160 stations (including 6 on Airport Express line). The system has a mix of underground, at-grade, and elevated stations using both broad-gauge and standard-gauge. The metro has an average daily ridership of 2.4 million passengers

The total estimated expenditure for Phase III expansion is Rs.41,079Cr. JICA is going to provide 48.57 per cent of the total fund requirement while the Government of India and the Government of Delhi will pay 10.04 per cent each.

CC24 project, awarded to J Kumar Infraprojects Ltd. in Joint Venture with China Railway Tunnel Group Company Ltd. (CRTG), China, is a part of Phase III Line 7, also known as Shopping Corridor, from Mukundpur to Yamuna Vihar. Delhi Metro Rail Corporation is the client and General Consultants are providing consultation for the project. Total contract cost for this project is Rs.1011Cr and the completion period of the project is 42 months.

CC24 is fully underground having tunnel length 6966m and tunnel diameter of 5.8m. Underground stations, each of about 26m length – 4 nos. at Lajpat Nagar, Vinobapuri, Ashram and Hazrat Nizamuddin, to be constructed by cut & cover method (top-down & bottom-up methods). Terratec (Australia) Tunnel Boring Machine (TBM) has been used for tunnelling purpose. Length of each of the twin (upline & downline) bored tunnels with 5.8m finished internal diameter, to be constructed by shield TBM method – 3.33km (approx). There will be 16 cross passages between bored tunnels. For stations, the scope of work includes all architectural, civil, finishing, plumbing & drainage works, diversion of all charted & uncharted utilities and traffic management.

Some unique features under which the Project is required to be executed are:

This project is expected to be completed and handed over to DMRC by December 2017. It will serve the commuters on Mukundpur to Yamuna Vihar corridor. Delhi Metro is expecting a daily average ridership of four million after completion of Phase III. 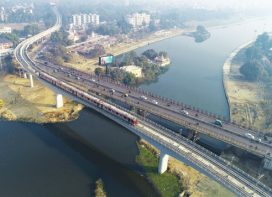 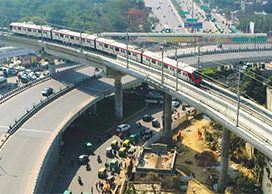 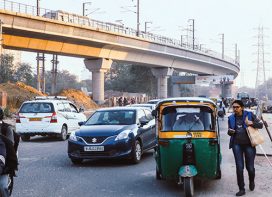