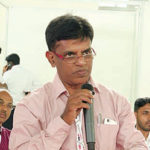 Wali also cautioned to keep the quality standard in mind while implementing technology. He said, “When we talk of ITS, hitherto it was UBS 2.0 and now the new standard being implemented is AIS 140. It is very important that the authorities and the city administrators do not compromise on the quality while selecting or choosing the system integrator, company and the organisation which goes to deploy these solutions, because we need a sustainable solution which works for five, ten, fifteen, twenty years”.

He added, “Apart from doing the basic function like tracking, we at Bosch, are also looking very seriously at vehicle health management, safety aspect, and the driver behaviour so that the driver does not cause accidents. And while doing so, we are also very committed to environment protection and carbon footprint and that is why we also have very good contemporary solutions for air quality monitoring. These systems also have to be automotive grade because in ITS, the brain of the technology is the on-board device unit and it has to be automotive grade”. 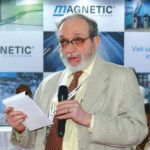 Rao agreed with Wali’s point on quality and said, “Some of the purchase processes do not really focus upon the qualitative elements or the state of the art elements”. He asked Malik if he wanted to respond to that. Malik did. He said, “I have no hesitation in admitting that there is a problem in some of the purchase processes. Now when the government has to follow a process, the lowest cost of the standards are met. The technical specifications are met too but what has not been given a thought to is: how carefully will they assemble it all? So I would actually add in the same vein, much to the credit of the government, that in many smart city engagements we are actually seeing the emergence of a selection criterion called QCBS (Qualitative and Cost Based Selection). This is making the approach almost egalitarian and it is not just the L1 that is being opted for”.

“By 2040, the number of EVs will be more, and even the production will be more than the conventional vehicles in India. The countries which are doing better are far ahead, and the government cannot afford to be a mute spectator.”

Emphasising that driverless cars are a hot topic everywhere now, Rao mentioned the viral rage wherein a video (USA) shows a Domino’s Pizza being delivered by a driverless car that goes to the destination and delivers the pizza when an ID is flashed before it. Saying that as drivers we learn what not to do and that is a great lesson for algorithms on driverless cars, he asked Srivastava to throw light on policies, technology and feasibility of driverless cars in India.

Srivastava responded, “How can something which can work in California or San Francisco work in towns like Patna or Jamshedpur or Ranchi? I spoke about the integration, continuous and shared mobility but I deleted one word which is used globally which is ‘autonomous’. So we are seriously not talking about the ‘autonomous’ for the simple reason that we are probably in a very preliminary stage of implementing our transport in that serious fashion. There are a lot of things which do take place elsewhere, plus you need to have a different kind of infrastructure. In case you look for a self-driven car and you also have to look at people — the way they are disciplined, the way they follow the yellow line or white lines and the way they stop at signs. All this has to be a totally different kind of game. So, we have to be careful in terms of the autonomous and the self-driven cars. We really need not push it or take it at this point of time further but there is a lot which can be done in other areas. This is not that important a thing at least in the Indian scenario. Minister Nitin Gadkari spoke sometime back too that we would not talk about the autonomous”.

Malik added, “I happened to see this driverless Google car last year in California in the university where we had the Global Entrepreneurship Summit. This was one of the hot items seen there. I don’t see any problem because whether it is as unruly (as people) depends on the quality of the sensors and capacity of the sensors to respond to situations. One of the concerns in the Indian context about these cars is that they would cause disruption in terms of employment loss. I am not afraid of that either, because if you have hundred cars today, not more than ten are chauffeur driven. The car segment is largely self-driven. So, I am not really concerned about it because by the time (it comes), our focus should be to increase the public transport to such an extent that many more types of jobs will get created through the expansion of the public transport”.

Rao then directed the question to Krishna Prasad. “Hypothetically, if you introduce them who will you charge in case there is an accident on a driverless car? The car owner?”

“Are local authorities taking great initiatives like seamlessly integrating Metro with the BRTS? It still appears to be a grey area and there is a gap. As policy-makers or policy-thinkers, we need to consciously talk about it.”

Rao said that the debate on this issue is still on and “at this juncture we really don’t have a final say on this”.

Rao then moved to the entire panel to give a peek into the future ten years from now.

Anil Srivastava: “It will be a mix of the technology, the infrastructure, and the regulations framework. All three will play the role in times to come and if any one of it does not move with the other, if there is any lack of coordination, we will not be able to reach where we desire to reach. But ten years is probably too short a time to have a paradigm shift or make a very significant difference but maybe in fifteen to twenty years’ time. It will be a situation where we would also start talking about the driverless cars and maybe we may also start adopting the driverless cars, much better infrastructure in terms of the roads and other means of transportation. The integration which has already been talked about here and much more convenience in terms of the other modes of transportation and a much faster way to travel will be a reality”.

“We feel driverless driving for some time to come will be more restricted in a controlled environment, say from point A to point B, from terminal one to terminal two, or a corridor based driverless driving, because we do not know of the uncertainties in the Indian cities and on Indian roads – anything can happen.”

Yudhvir Singh Malik: “Everyday there is a new technology. So it is extremely difficult for any one of us to say what possibilities the technology holds in future, because I have come from that generation where we used to have landline telephone and I used to book OYT as a government employee for my industrial parks. Who could think that this country would have 120 crore mobile sets coming within three years as a silent revolution?”

Dhiraj Wali: “Everybody is keenly looking forward to electrical vehicles phasing in, in the coming years. At Bosch, we are powering the vehicles, whether it is gasoline or diesel, and we are absolutely ready technologically to offer integrated solutions to power the electric vehicle as and when it comes. Also, as a technology industry player, in the context of integrated intelligent transport systems we bring many robust automotive grade technology solutions and we, therefore, look forward to efficient, productive, safe, cost-effective and enjoyable public transportation service for the users”.

Previous: ‘Focus on improving quality of Public Transport’
Next: ‘Every technology Telangana wanted is exhibited here’