It’s clear that much research and validation is required before full implementation of highly and fully automated vehicles, but it’s definitely a question of “when” rather than “if” these vehicles will arrive

Finally, automation may also enable us to make better use of the time that we spend driving. In the Citroen DS concept, the task of driving is seen as a chore; a burden from which technology may one day relieve us so that we may engage in more worthy pursuits. Google provided fresh impetus and renewed conviction in the desire to develop self-driving cars when it announced in 2010 that its prototype Toyota Prius cars had logged 140,000 robotically driven miles. Road safety is identified as Google’s number one priority. However, the fact that these vehicles were developed by the formidable internet services provider and not by a vehicle manufacturer provides a clue to other reasons why freeing up time for drivers may be of commercial interest.

This is also linked to ongoing research to investigate the effect of technology-related distractions. Despite considerable efforts to influence driver behaviour through education and legislation, it is apparent that the temptation to use smartphones whilst on the move is one that drivers find hard to overcome. A 2013 survey of more than 1,800 drivers in the UK found that 81 per cent admitted using their phone without a hands-free device whilst driving; 52 per cent said they used their phone to make calls, while 44 per cent admitted that they used it to send text messages while driving. A further 31 per cent said they checked emails and 24 per cent admitted using their phones to check social networking sites while on the road.

TRL’s own research using its DigiCar driving simulator has demonstrated that using a phone whilst driving has a significantly deleterious impact on driving performance. Reaction times have been shown to be worse than those under the influence of alcohol to the UK legal limit and the ability to maintain lateral position within the lane is also reduced.

The survey results suggest that despite the negative effects, there is a clear desire among many drivers to use time spent driving for other things. Highly and fully automated vehicles may provide the opportunity to do just that. A 2013 report from Morgan Stanley claimed that the US stands to benefit from productivity gains achieved by drivers being able to spend time working in the automated cars to the tune of $507bn, on the assumption that drivers could spend 30% of their in-vehicle time working.

With the technology-related distractions growing, not surprisingly there has been much optimism and perhaps hype about the safety benefits of these new vehicles. But while we can expect automation to reduce the risk of collisions, we need to be prepared for new categories of collision that they could also bring, particularly in the early stages of adoption.

One example is incidents caused by drivers’ confusion when changing between different modes of automated operation. This type of error has led to aircraft crashes such as Air France Flight 447 and Eastern Air Lines Flight 401. In each case, pilots misunderstood the status of operation of the autopilot systems and failed to correct the aircraft trajectory before it was too late. Vehicle manufacturers will need to design the control interface carefully to ensure the driver has a clear understanding of the status of the vehicle automation systems and the extent to which they have control over vehicle behaviour.

There will also be situations where an unavoidable collision occurs, such as a pedestrian running into the road at the last minute. Of course this could also happen with a fully alert and experienced driver at the controls, but the fact that automated systems were in charge of the vehicle will make the issue highly contentious. The advantage will be that determining liability should be easier as data collected by vehicle sensors will provide an accurate, comprehensive audit trail of the scenario.

Then of course, there’s the risk of cyberattacks. Already we have seen demonstrations of fundamental vehicle control systems being remotely manipulated, so vehicle manufacturers and system providers will need to accelerate cybersecurity measures to protect their customers and their reputation.

Finally, whilst we can expect an automated vehicle to be constantly vigilant – never distracted, tired or compromised by alcohol or drugs – there is still the possibility of human error in the coding of the software responsible for vehicle control. So with a number of challenges still to overcome, how long will it be before we see driverless vehicles on our roads? 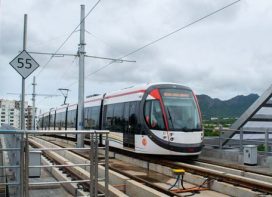