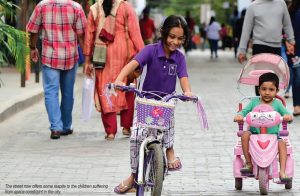 Several such initiatives, at the city network level, can lead to a modal shift towards sustainable modes, reduction in overall tailpipe emissions, reduction in traffic congestion, improved travel times, and overall improvements in the liveability of a city. The Church Street First testbed in Bengaluru, which is being implemented every Saturday and Sunday between 10:00 a.m. to 12:00 midnight from November 7, 2020, to February 28, 2021, is the first such initiative in India where a busy street is considered as a demonstration area
for clean air, electric micro-mobility, and better QoL. 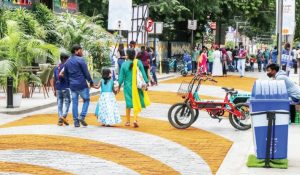 This initiative also showcases a wonderful collaboration between the Directorate of Urban Land Transport (DULT), IISc Sustainable Transportation Lab. (IST Lab.), and Catapult, UK. It is also a unique experiment that is being scientifically evaluated in terms of impact on QoL, thereby creating decision support for government agencies to scale up such initiatives in other parts of Bengaluru and other cities in the state and the country.

Further, this experiment also demonstrates how a government agency has closely coordinated and partnered with other concerned agencies like BBMP, Traffic Police, KSPCB, with the full support of political leadership as well as the residents and establishments in and around Church Street. 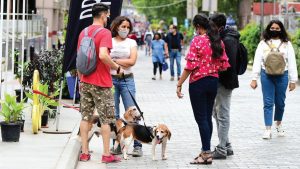 Pedestrian-friendly Church Street enables safe mobility and accessibility to all age groups – from children to the elderly – thus enhancing people’s physical and mental well-being. The initiative also provides a platform for a pool of artists to showcase their talents. Many activities such as open mic, beatbox, dance, etc., are performed on the street during the weekends.

To understand the impact in terms of QoL, both qualitative and quantitative data are being collected through primary and secondary sources. Eight project interns are involved in data collection and analysis. The main objectives are to analyze the air quality and public opinion towards the Clean Air Street initiative. The following observations have emerged so far from the data collection and analysis of the first two months (November and December 2020) of the implementation. 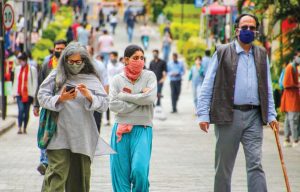 The Church Street First initiative has received a strong thumbs up from the visitors to the street. Initial analysis on the sentiments of the visitors was done based on social media posts. Among the 157 statements collected, 116 were positive, 41 were neutral, and there was not a single negative statement. Additionally, a visitors’ opinion survey is being conducted to obtain their view on the pedestrian-only streets and their QoL impact. Based on the initial data collected, a slight shift towards the sustainable transport modes such as bus, metro, and walking were observed when the visitors were asked their choice of transport before and after pedestrianization of Church Street. 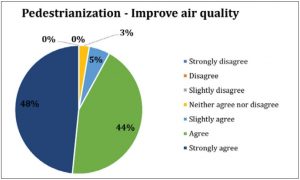 Three fixed air quality monitoring sensors have been installed on Church Street to monitor the street’s pollution levels. The data from three sensors are being reported daily since November 06, 2020. Trend analysis is carried out to understand the variation in the PM10 and PM2.5 concentrations between weekdays and weekends to understand the impact on the
air quality due to pedestrianization of Church Street. There is a clear trend of improved air quality on weekends (without traffic) compared to weekdays (with traffic) from the air quality sensor data. Towards the last week of November, the values of PM10 and PM2.5 are noted to be well within the permissible levels as per Central  Pollution Control Board (CPCB). The hourly variation on weekends explains that the concentrations of the pollutants increase post 6:30 p.m. The reason may be due to the increase in the traffic movement on the adjacent roads in the evening peak hours.

A consistent decrease in the Air Quality Index (AQI) has been observed during the weekends of November after implementing Church Street First. In the last weekend of November, a consistent reduction in the AQI was observed, which was well within the ‘good’ limit for both PM10 and PM2.5, thus causing only a minimal impact. Going further, this trend also makes
a strong case of clean air zones in busy areas (MG Road, Brigade Road, Church Street, Commercial street, etc.). 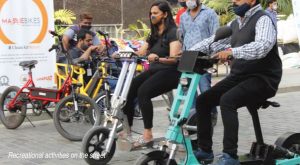 The pedestrian count is a quantitative measure of the number of pedestrians using a particular facility. More than 50% of the total pedestrians visit Church Street from 5:00 p.m. to 9:00 p.m. Similarly, nearly 2,501 bicycles (both conventional and electric) are observed to use the facility during the weekends of November.

While more data will be collected and a detailed analysis of the same will be carried out in the coming months, the initial trends and analysis suggest several positives and gains of the Church Street First initiative, which should help us now to scale such measures in other busy streets in Bengaluru and improve QoL. 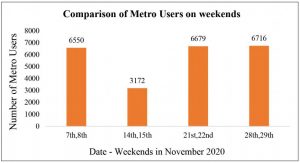 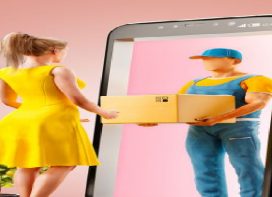 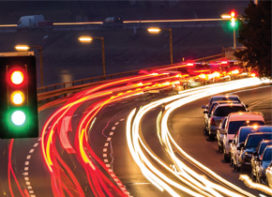 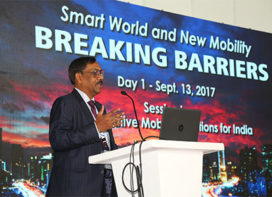