AR Vishwanathan: We are typically in a very unfortunate scenario in India, a lot of people really do not know how to use the mobile. So, today a mobile device for many people is for Facebook, for internet and things like that but nobody really wants to use it for tagging or as a mobile wallet.

So, some of the issues we are encountering are enforceability, educating people and letting people know how we can use it. Now, it is a sense of fear that if I have money in my wallet somebody else will steal it. We have to educate people that some of these tags that you hold as ETC tags or FASTags are very secure in their approach. We are a system integrator, but when we talk to concessionaires and when we talk about ETC, we tell them ‘here is a mechanism for you to do it’. And it would not restrict itself to mobiles, there are other IoT sensor-based devices which help one protect the money. It is more a question of how you can educate and move people to get there.

The current specification actually asks the system integrator to keep the boom barrier open always and when vehicles come in, it suddenly comes down. This specification was given out by NHAI and IHMCL because people always wanted to have a free lane. But there have been accidents and today although the official specifications say it needs to be open, most of the Toll Plazas are keeping the boom barriers down only. 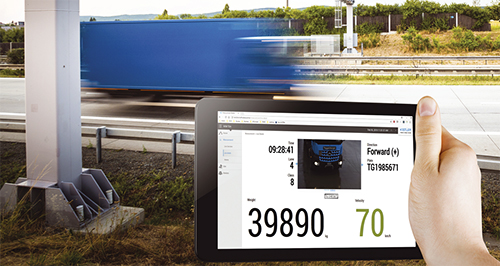 Denny Thomas stated that WIM installation was something which has already been taken care of as part of ETC-implementation. It is not linked to the FASTag right now because of two things. First is obviously the legal opinion because on basis of the WIM you cannot overcharge a customer. As per the stated process, the driver can challenge the WIM input and you have to take him to a static weigh bridge and then only you will have to levy the charge. The problem of WIM is taken care of with the recent modification in the MoRTH guideline in terms of overload. The modification allows more weights to vehicles and now there are fewer cases of violations on this account.

According to Muraleemohan, the quantum of loading that is allowed has gone up but the problem of overloading is still remaining and this problem of overload tolling not being integrated to FASTag is still remaining. “What we are doing is if it is a FASTag vehicle which is overloaded we are not allowing a free pass; the normal toll charges we are debited through the FASTag system and the overload penalty through the cash mode because that is the only way to ensure that you don’t lose your revenue.

“In our Toll Plazas , we have adopted the system of two boom barriers. At the approach side the boom is always down. Only if it is an RFID vehicle, it is allowed inside and by the time it reaches the next barrier which is always open the system would have found out whether the balance is there or not and then the boom takes an action and it never falls on top of the vehicle.”

What are the corrections needed for having hassle-free tolling?

All those who are involved in that business right from MoRTH, NHAI and end-users to concessionaires and the agents have a very typical problem and each problem is very unique to them only because they believe that it is their problem and somebody needs to solve. It is more about enforcing the regulatory aspect of some of these collections. It is a combination of people who need to be involved in this. It is not just about an IoT company like ours but it is more about educating people. Our organisation is happy to conduct some of the sessions to educate NHAI or MoRTH to know what the next steps are and what is globally happening.

For example, over speeding. The chip on the ANPR essentially integrates itself with the VAHAN database and lane cutting. So, a lot of the penalties along with enforcement of guidelines that road authorities enforce are something that can very easily and nicely be integrated with VAHAN database. I doubt that we are taking even a single step towards doing that.

Also, a lot of people suspect VAHAN’s authenticity; it could be that one vehicle is tagged to somebody else vehicle. But that can be authenticated the moment we are able to validate that the database is accurate, then a lot of the things through FASTag and ETC. 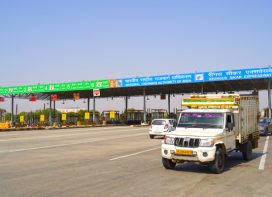