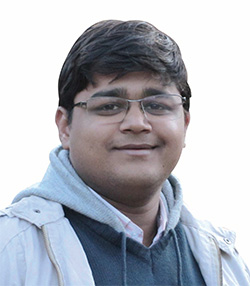 In today’s world, security has become a major concern for everybody. Places of importance/mass gathering like railway stations, airports, government offices, IT Parks, residential societies etc. are prime targets for terrorist attacks.

Securing premises involves thorough checking of individuals and vehicles entering the premise. Using traditional methods and practices for security inspection has been observed to be cumbersome and error prone often defeating the whole purpose.

However, there are areas where the trend to modernize is visible: Use of 3D in inspection systems and comprehensive Entry-Exit control by integration of various security systems and accessories like boom barriers, bollards, ANPR, X-ray baggage scanner, under vehicle scanner, access control system.

Traditionally, Under Vehicle inspection has been done using age old methods like Search Mirrors and Video based scanners. Whereas the Mirror based inspection fails to cover large portions of the vehicle underside and takes very long to perform; video based systems are prone to operator distraction and fatigue while trying to interpret simultaneous video playback of multiple partial vehicle portions. Despite broad awareness among security professionals about the significant drawbacks and in-effectiveness of such scanners, many institutions continue to use them.

More recently, composite image based UVSS has been widely deployed overcoming the above mentioned drawbacks. These systems produce single view high resolution composite image which is easy to investigate for foreign objects. Early editions based on Line Scan camera technology had limitations of near constant speed vehicle motion and could not deal with vehicle stoppage due to queue formation. These were rapidly obsoleted by better systems based on Area Scan mosaicing technology, which address practical operating problems faced by earlier systems. In addition, intelligent software modules like ANPR (Automatic Number Plate Reading ) and object detection features have enhanced the system utility.

Technology has taken giant strides over the last few years, paving way for new innovations in every field. 3D and Artificial Intelligence are some of the new technologies which are rapidly driving changes in many domains like health-care, defense, architecture, entertainment (VR). Security field is still in the nascent phases of adopting these new technologies. In this domain, a few players have tried to exploit the 3D technology for building next-generation products. X-ray scanners have shown promising advances for enhanced inspection by providing extra visibility using 3D technology. 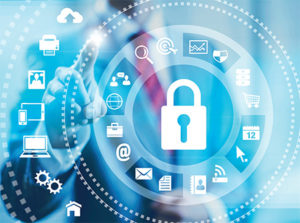 Many premises have more than one security system like access control, UVSS, ANPR, boom-barriers and/or bollards, X-ray baggage scanner. Earlier, most premises used to have independent systems working in isolation, requiring significant co-ordination and overhead on the security personnel for seamless operations. Recently, integration of these systems has become a de-facto standard for large and prestigious premises. Apart from ensuring seamless operation and enhanced security, the integration also provides multiple new functionality, including centralized entry-exit reports, common command centre for monitoring all the equipment in synchronous fashion. Additionally, registered owners/authorized personal can also be tagged with the vehicle, so at the time of entry or exit, security personal can cross-validate the driver with the images stored in database.

In conclusion, security threats can be addressed more effectively by adopting advanced technologies and standard industry practices. Nevertheless, security operators many times face maintenance issues post installation thereby rendering ineffective many such new technologies. It is also important therefore, to consider the credentials and track record of the equipment manufacturer – the installed base of the equipment can be a good benchmark for the same. Service network of the OEM should also be considered as one of the crucial deciding factors while choosing any kind of security equipment, an aspect which is often neglected at the time of procurement.

Previous: Rs 500Cr to set up ITS project in Chennai
Next: Rajdeep Info Techno
Offering advanced solutions for Traffic Monitoring