The application of Facial Recognition for Traffic Management has seen an increase lately as it is being demanded for Toll Booths and Entry/ Exit points. We can see the technology being utilized for highway surveillance in the near future.

Facial Recognition can be nonintrusive and faster. It has a mechanism which is easy to view and verify.

Amarapur says, “The response from the government authorities has been exceptional with Facial Recognition being a mandatory requirement in many security projects. With a global recognition of this technology, the awareness in India has also increased and both the public & private sectors are eager to include Facial Recognition enabled security solutions in their sites.

“Facial Recognition Software has gone from being a mere namesake to a software now extensively used in the Security and Surveillance markets in India. It is being developed proactively to suit its application in transportation, aviation, smart & safe cities, government, retail and hospitality, medical, commercial and banking sectors.

The Face Recognition Software from Videonetics can detect and identify persons of interest while computing demographic and behavioral data, making it efficient in supporting security staff and operations management simultaneously. Blacklisted criminals can be detected, marked and tracked in crowded places (airports, railway stations, crossings and gatherings) and removed to prevent potential threats. Applications like emotion recognition and detection that remain unaffected by changes in facial features (moustache, beard and hairline) and expressions are being developed. 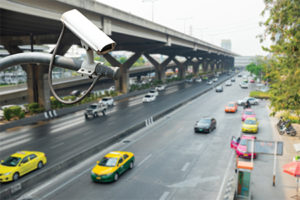 The software is designed to support the biometric identification, comparison and verification of any person, thus recognizing enlisted criminals, repeated offenders and prevent crimes by helping the authorities efficiently remove the threats. Features like Emotion recognition can help in conducting surveys about product response, movement tracking through aisles.

Dahua Technology’s Facial Technology has many special features that include advanced algorithm of facial features analytics, high accuracy, detection rate greater than or equal to 98%, recognition rate greater than or equal to 90%, advanced system architecture, more than 100,000 face library capable of further extension. It also has useful functions such as display of similarity degree, blacklist alarm, search of designated picture in the face library and output search result. Using deep learning facial expression, gender, age, hair colour and emotions can be better recognized.

Robbin Shen, Managing Director, Dahua Technology India Pvt Ltd says, “Dahua’s facial recognition technology team has designed a network with a depth of over a hundred layers (this is currently the deepest network layers among facial recognition system that has been announced). This enables a new type of metric learning method which allows the similarity score to be higher for images of the same person. At the same time, it lowers the similarity score between images of two different people. Combined with a highly efficient online sampling technique, the rate of convergence can also be greatly increased. By training multiple models and using a non-linear multimodel integration technique, Dahua has achieved an accuracy of 99.78 percent for the LFW dataset.”

Inadequate infrastructure, legacy technology, weather conditions, lack of awareness, regulatory issues, non-interoperability due to nonconformity to standard formats and editing raw data are some of the challenges faced when integrating cameras with other intelligent traffic systems.

Dahua’s system is widely used in public security in China, including a warning system in Beijing that can detect major suspects and a monitoring system to monitor pedestrians at traffic lights in Fuzhou, Fujian province. The company’s product is also used in East and Southeast Asia, including Japan and Thailand, for facial recognition and warning from customs inspection to park surveillance.

The technology had already been applied to public security, finance, and other areas. At the G20 Summit at Hangzhou in China in September 2016, it was also successfully applied to enhance the security level. The Dahua cameras were deployed in core G20 activity areas and in many traffic hubs. Real-time images captured were automatically matched with security blacklists in the back-end. When a high-risk person showed up in the video, the system will issue a warning message to the command center to dispatch response immediately.

Shen says, “We find our technologies are having excellent reception from the Indian market due to superior quality, innovative features and affordability. The response from the authorities is positive though the implementation sometimes takes long. The awareness must be improved at some levels.”

With Smart Cities currently dominating discussions on the next generation of urban infrastructure and transportation, facial recognition software is just one of a whole raft of biometric technologies which are impacting our lives, making them easier and more seamless. The possibilities for the uptake of these smart technologies are endless.