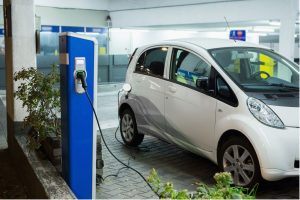 The Indian Government has a target to expand electric vehicles (EV) to 30% of private vehicles, 70% of commercial cars, 40% of buses and 80% of two-wheelers and three-wheelers. With this goal in view, the National Highways Authority of India is planning to set up many EV charging stations along national highways. Many states are offering incentives on EV vehicle purchases and have drafted their own EV policies. To promote green mobility and affordable electric vehicles, the Indian Government has revised the FAME II subsidy to offer 50% more subsidy at Rs 15,000 per kWh on electric bikes and scooters.

The Maharashtra government brought out a comprehensive EV policy for 2021 to accelerate adoption of EV vehicles and make Maharashtra a global EV vehicle manufacturing and investment hub. The aim is to make electric vehicles contribute 10% (3,oo,ooo EVs) to new vehicle registrations by 2025. The Karnataka government also unveiled the Karnataka Electric Bike Taxi scheme-2021 in Bengaluru.

An agreement has been signed this month between Convergence Energy Services Limited (CESL), a Government of India company under the Ministry of Power and New & Renewable Energy Development Corporation of Andhra Pradesh (NREDCAP) to provide 25,000 electric two-wheelers for government employees. The two-wheelers will be sold with a three year warranty against manufacturing defects and a three year or 60,000 km (whichever is earlier) warranty on the batteries.

The Delhi Transport Department is set to float a tender to engage 400 electric buses with its aim to become the largest operational fleet of e-buses in India and its target fleet of 1000 e-buses. The Rajasthan Transport Department, in a notification, announced that it would reimburse the State Goods and Service Tax (SGST) and provide a one-time grant to EV buyers
(two-wheelers and three-wheelers) depending on battery capacity. Meanwhile, Domino’s Pizza and Revolt Motors have entered into a partnership to convert Revolt Motor’s current petrol bike fleet into e-bikes. The Chief Minister of Bihar, Nitish Kumar has flagged off 50 CNG (compressed natural gas) buses to operate on different routes in Patna.

July also saw the BEST announcing that it would be receiving 25 new electric AC buses, adding to its 206 existing e-buses and plans to procure 115 more e-buses in the next two months. These buses are equipped with an intelligent transport system (ITS) with vehicle location trackers and route/destination display electronic boards. The BEST has also installed
electric charging stations at Back Bay, Worli, Malvani and Shivaji Nagar bus depots.

The Delhi Electric Vehicle Policy 2020 has directed that all the city government departments have to shift to electric vehicles through a lease model. The Delhi Pollution Control Committee (DPCC) has now become the first government body in Delhi to completely switch to electric vehicles. Twenty-nine Tata Nexon electric cars have been hired for five years, with a plan to hire five more cars in the near future. The e-vehicles will be provided for use to DPCC by Convergence Energy Service Limited from September. Delhi aims at increasing EV registrations to 25% of total vehicles sold by 2024.

2021-09-13
TrafficInfraTech - Editor
Share !
Previous: Need to move towards Parking as a Service
Next: Delhi Government and Google team up to provide real-time public transport information