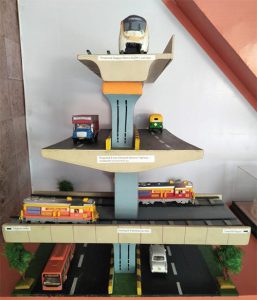 Maha Metro Nagpur is poised on solving the traffic woes. The proposed four-layer structure spanning around 8km is expected to be an iconic transportation structure.

The country’s first four-layer transport is all set to come up in Nagpur. Maha Metro Nagpur which is executing the Nagpur Metro rail Project is executing the project, which involves a fly-over and Metro track, over an existing road and railway line. One of the unique structures to be constructed across the country, it is being executed for the NHAI. The four levels are – 1. Kamptee Road, 2. Nagpur- Bhopal Railway Line, 3. Fly-over and 4. Metro via-duct.

The structure is part of the Reach-II segment of Nagpur Metro Rail Project which stretches from Sitabuldi Interchange Metro Station to Automotive Square Metro Station. The total length of the via-duct in Reach-II stretches to 7.23km. The total length of fly-over to be constructed is 5.3km. The upcoming fly-over and the metro track share `Right of Way’ – the two structures to be constructed on a single pillar, thus saving cost and minimising the use of road space.

The proposed structure is being constructed by Maharashtra Metro Rail Corporation Limited (MMRCL) or Maha Metro – an entity with 50 percent stakes each of Central and State Government. The organization is presently executing Metro Rail Projects at Nagpur and Pune.

In other cities, Metro via-ducts and flyovers exist above the roads but not above railway lines. Work on the approaches of the via-duct and fly-over on either side of the railway track of the on Kamptee Road project has been started. Over 50 percent of this work has been completed. This structure is necessitated considering the traffic flow on Kamptee Road. 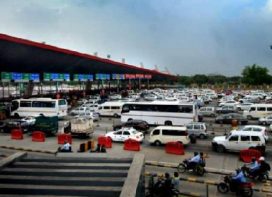 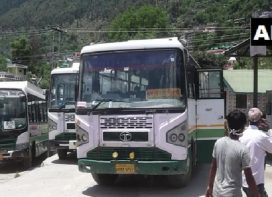 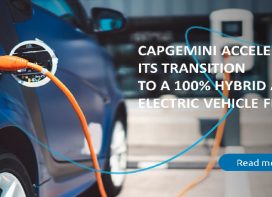