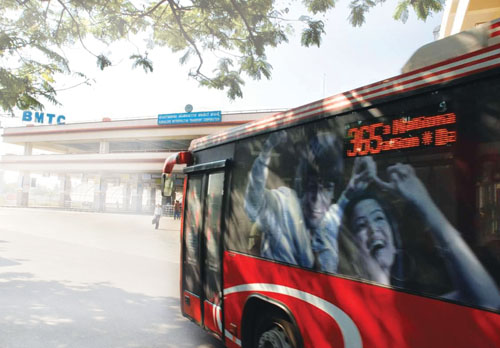 Bangalore, like most cities in India, utilises the Direct Services model for bus transport. In this model, every locality in the city is provided with its own bus route to the city centre, city market and other major destinations. This model works well for smaller cities, but becomes increasingly inefficient for large cities.

Problems with the Direct Services Model

The Direct Services model has a very large number of routes. But this causes problems because as the city grows, the number of bus routes increases exponentially. BMTC now operates 2,398 routes which is far higher than other cities with similar levels of bus ridership such as Seoul (~400), London (~700) and Shanghai (~1000).

BMTC operates about 6,472 buses on 2,398 routes which works out to about 2.7 buses/route. Thus, the majority of the routes are served by only 1 or 2 buses which leads to a very low bus frequency on these routes. 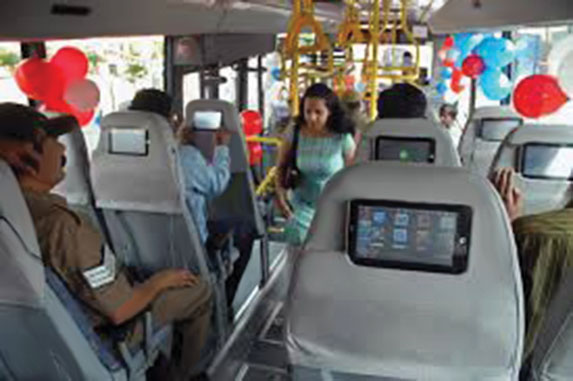 With 2,398 routes, the system is very complex and difficult for users to navigate. This is also a barrier to entry for new users. Creating simple user information systems, like maps at bus stops, is almost impossible because many bus stops have more than 50 routes passing through them. Further, with limited financial resources, fleet size cannot keep up with the exponential increase in number of routes. Eventually, this system ends up with a large number of routes with only 1 or 2 buses. If these routes are long – as routes serving the city periphery tend to be –this results in long wait times on individual routes.

To address these concerns, the BMTC has devised a new bus transport system known as the Frequent Bus Network, which is being run as a pilot network in some areas of Bangalore.

In the Frequent Bus Network, individual routes along major roads are rationalised into a small number of very high frequency routes. Travel patterns that require moving beyond the major roads are served by routes connecting to the Frequent Bus Network at interchange points. Specific travel patterns are served not by direct routes, but by a collection of direction-oriented services connected by transfers.

The network offers many advantages over bus services that follow the conventional direct services model. The system is simple, with fewer routes which are easier to navigate. The quality of service is much better with more buses per route which leads to higher bus frequency. The system capacity is much higher on specific ‘links’ and is quite flexible, making it easier to match supply to demand.

The Frequent Bus Network model depends on transfers. Generally users do not like to make transfers. A concern is whether this would be a problem. The next question is whether Frequent Bus users will be subjected to transfer penalties as most city bus services do not have an integrated fare system. Public transport users are generally resistant to major changes in service patterns. So another concern is could this be overcome through proper education and awareness campaigns.

Most complaints about transfers are that the waiting time for the next bus is high. However, in this case, BMTC has been significantly improving frequencies, resulting in low waiting times for transfer or connecting services. Also, high quality, yet small footprint transfer facilities at interchange junctions will facilitate convenient and comfortable transfers.

An integrated fare system will ensure transfers are convenient and cheap. BMTC is procuring an Electronic Ticketing Machine and a Smartcard Fare System for this purpose. Simplification of the network structure will allow for the development of user information at bus stops and terminals, which would address the issue of users’ resistance to changes.

The BIG Bus Network has already been implemented on 3 of 12 major arterial corridors in the city – Hosur Road, Kanakpura Road & Old Madras Road 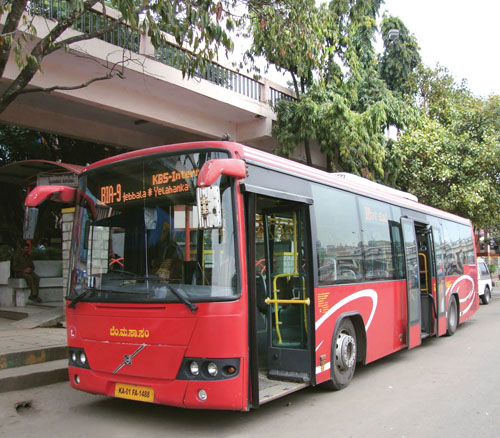 There will be a 52.4% reduction in number of routes while maintaining same service coverage. Shorter length of feeder routes means that waiting times away from the main road are reduced However, there is an additional component of waiting time now: waiting for the trunk service But the trunk service is run at a very high frequency (~3min). So the reduction in wait time is still very significant

The Frequent Bus Network promises a step-change improvement in the quality of urban bus services, particularly for large cities. The project will also result in an improved public transport experience for about 2.5 million commuters every day when the programme is expanded throughout the city.

Previous: Smart mobility with personalized modes of transport in urban areas
Next: BEST A decade of reforms and improvements