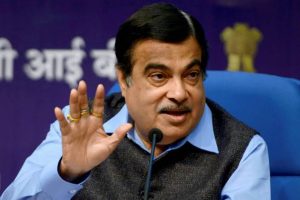 To iron out issues and explore a way forward for pending projects, Nitin Gadkari, Union Minister of Road Transport &Highways and MSME will chair a two-day review meeting of all on-going projects of  NHAI / MoRTH.

On Day – One, projects of South Zone (Tamil Nadu, Kerala, Andhra Pradesh, Telengana, Pondicherry, Karnataka) and Central Zone (Chhattisgarh, Rajasthan, Madhya Pradesh and Gujarat) will be reviewed.  The projects of Haryana, Odisha, Uttar Pradesh, Bihar, Jharkhand and West Bengal will be taken up on Day-Two. The projects in the States of Punjab, Jammu & Kashmir, Ladakh, Uttarakhand, Maharashtra and Goa will be taken up afterwards. It may be stated that issues related to projects of North-Eastern States, and NHIDCL have already been reviewed in a separate meeting.

The progress of about 500 projects especially struck/delay projects will be taken up during the meeting. These projects involve a cost of about Rs. 3 lakh crore.
Various stakeholders numbering about 600 concessionnaires/ contractors/ bankers and concerned officials of Union Governments & its Departments/ Organisations, State NH Division, State PWD Departments etc., will be attending the review meeting.