By providing many incentives and adopting a few strict regulations, Germany has succeeded in shifting its travelling population towards public transport. Its ongoing efforts towards greener transport are worth emulating. Well known transportation expert Manfred Breithaupt, along with Mael Martinie, writes on the initiatives. 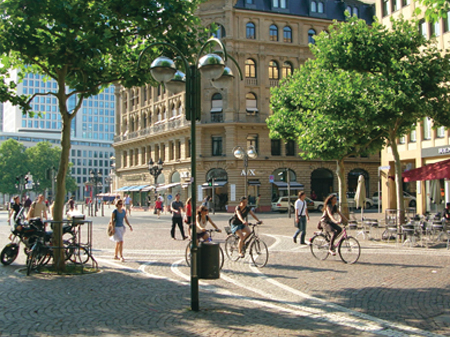 Between 1990 and 2007, passenger transport in pass-km increased by 52% in Germany and between 2002 and 2008 the absolute number of passengers increased by 8%. In the same period, CO2 emissions linked to transport activities decreased by 6.7%. With 517 cars per 1000 inhabitants in 2010, car ownership in Germany is still above European average. However, this ratio decreased by 3.2% between 2001 and 2010, whereas it increased in almost all European countries over the same period. These very encouraging results have been achieved through a progressive shift from a car-based transportation model to improved provision of integrated public transportation schemes and green transportation modes such as cycling and walking. The change took place gradually from the end of the 1970s when awareness rose that our cities would never be able to accommodate the increasing number of cars. Between 2002 and 2008, the share of public transportation increased (+1%) as did that of cycling whereas the use of cars decreased by 2%. This article presents the main determinants of such shift, both at the federal and local level, as well as upcoming challenges for German public transportation.

The impulse from the Federal government: main guidelines and measures

At the country level, transportation orientations are defined in the Federal Masterplan for Transportation (2003-2015) published by the Federal Ministry of Transport, Building and Urban Development. It states: ?The Federal Government is pursuing the objective of a sustainable transport policy. This means that transport has to be environment-and-climate-friendly, socially responsible and, at the same time, economically efficient?.

With every million we spend on roads, we will be closer to murdering our city.
? Mayor of M?nchen (1975) 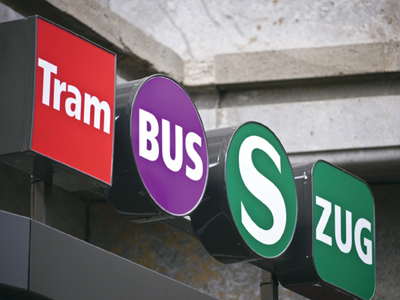 To achieve these objectives, Germany decided to focus on the reduction of car use and took several measures over two decades such as the doubling of gasoline tax between 1990 and 2010. The acquisition cost of a car has increased as well, and subsidies granted by the companies to their employees to use cars have been replaced by many companies with subsidised monthly public transport tickets. Overall, charges and fees paid by the road users now cover 2.5 times the related road expenditure. As far as CO2 emissions are concerned, the federal government, in keeping with the EU legislation, imposed a stricter regulation on fuel efficiency, and most large cities adopted Low Emission Zones. As for urban planning, measures have been implemented to promote sustainable transportation modes such as the creation of car-free zones in almost all German cities, stricter speed limits for cars (often 30km/h), shrinking the number of parking spaces and strong increases in the parking fees. A strict control of land use, encouraging mixed activity areas and attempting to avoid urban sprawl too are part of the adopted measures. A success story is the creation of Transit Alliances (Verkehrsverbund) in all German agglomerations since 1965 (starting in Hamburg): integration of ticketing at city and regional level, and highly discounted monthly and yearly tickets not only for students, but also for employees (on an average, a monthly ticket costs 60% less per trip than a single ticket).

Apart from the fare box revenues, public transport and NMT infrastructure are mainly financed by the Federal Government and States (supported by related laws and regulations) since public transport in Germany is considered to be a public good just like water and electricity.

Successful implementation at the local level 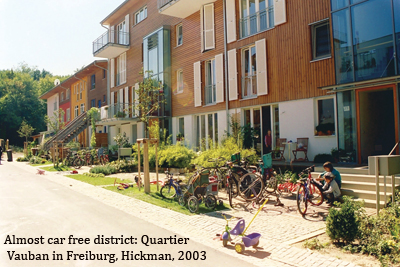 It is at the local level that most changes have occurred. First, because public transportation is mainly a local topic: most trips are made within a city or a metropolitan area. Second, because Germany is a federal country, thus decisions and local policies are largely decentralised.

The cities of Freiburg and Munster, being among the national champions for sustainable mobility, are good examples of a strong local political will within a favourable national context. In Freiburg, since almost 40 years, the motorisation rate has continually decreased to reach 335 cars per 1000 inhabitants in 2012, which is way below the national and European average. The mode share of bicycles is twice as high as Germany?s average (27% vs 13%). In the 1970s, Freiburg undertook a deep restructuration of its urban landscape, deliberately giving priority to public transportation, cycling and walking over the use of cars. As a result, all citizens now live at no further than a 300m walking distance from a bus or tram stop.

Previous: Bangalore?s Civil Society:Designs and develops a road while the government funds it
Next: Weigh-In-Motion: Weighing a vehicle while it moves