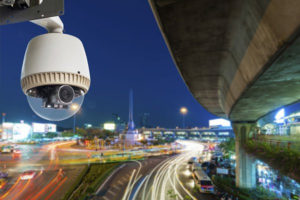 Gurugram will soon get 1,200 high-tech cameras ross 67 traffic junctions in the first phase of GMDA’s ambitious CCTV project — the Public Safety and Adaptive Traffic Management System. The new surveillance system is expected to not only help police track down errant motorists and monitor the city’s traffic, but also act as a deterrent for anti-socials and criminals

The GMDA plans to install the cameras, which will send live video feed to monitoring centres 24 hours a day, at these junctions within the next eight months. In the first phase of the project, approximately 1,200 high definition and ultra-high definition cameras are expected to be set up at the junctions.

Some of the cameras will have facial recognition technology that will help identify traffic violators and other suspicious elements. The authority appointed NEC Technologies India for the implementation of the project last month.

In order to support the implementation of the video surveillance system, the agency will also set up IP-based outdoor security cameras across various locations in the city. E-challans would be issued to offenders who are captured flouting traffic rules with the help of the system.