HIGHWAYS OF THE FUTURE: Interactive, Sustainable

IL & FS Transportation Networks (ITNL) was set up way back in 2000 which was a subsidiary of Infrastructure Leasing & Financial Services when the management decided to have all the surface transport services/projects under one umbrella and that is how ITNL was formed. Today, The company has at least 14, 655km lane under its portfolio plus an order book of close to Rs 14,500Cr. ITNL is present in almost 19 states with 31 B-O-T projects, and in terms of global presences, it is present in 22 countries. To sum it up, ITNL has close to 35,000km of lanes under its portfolio, making it one of the largest lane operators in the world.

Looking at the road sector post economic liberalization, ITNL realized that the demand for freight & passenger transport has increased. Unfortunately, the rail – road mix in traffic and freight movement developed sub-optimally whereas in the last five-seven years, the vehicular number grew in double digits i.e., at an average pace of 10.16% per annum. This is one of the reason why there has been increasing number of fatalities and road crashes.

“So, we believed, we need to make our roads safe, sustainable, environment-friendly and hassle-free to increase the efficiency of transportation system.

ITNL believes that the highways of the future should be incorporated with four-points: a) it should be compatible with environmental concerns, b) economical movement of people & goods, c) real-time information and d) Road Safety.

In terms of being compatible with the environmental concerns, ITNL has adopted the technology of micro-surfacing which precisely is reducing the consumption of natural resources. It is an environment friendly cold mix application treatment which is being applied in various road projects resulting in substantial savings in case of environment and other factors.

In terms of fuel consumption on the roads almost 88% of the fuel was conserved. In terms of emissions, there was almost 99% of saving in CO2 emission and 75% in NO2 emission. So, micro-surfacing should be very effectively used in India considering the savings. The Cold Recycled Pavements reduce greenhouse gases and also save cost considerably. 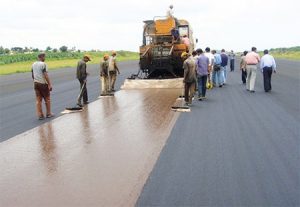 Recycled cold mix is an asphalt concrete mix, processed in a central plant or on the grade which consists of sized salvaged asphalt material, some type of stabilizing agent and new and/or salvaged aggregates. This material meets specifications of an asphalt aggregate base and generally requires that an asphalt surface course or surface seal be used.

Economical Movements of People and Goods

ITNL has an Interactive Traffic Management system which is based on GIS technology. It is accessible to all (the government departments and operators) by hoisting the road network database through web. It provides a means to continuously update road records. The accident spots are overlaid on the base map for easier identification of Accident Prone Zones. The system helps to manage the allotment of fund, monitoring, reviewing and execution of work better.

Commissioned by the company’s in-house team, the ETC lanes are RFID based. Even the database structure and data on the tag are stored as per NHAI’s specifications. 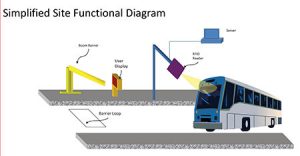 In majority of the projects, HTMS is limited to variable signage & emergency call boxes but the scope of HTMS is more than VMS, ECBs, AVC & Metrological Stations. A fully functional and interlinked HTMS enables to monitor the entire corridor from central location. And thus, necessary information can be displayed on variable signage automatically as an advance information to the users. Users can also contact control room using ECBs installed at regular intervals. The independent vehicle counter / classifier also helps keep traffic volumes which can be useful to both operator and Government.