How cities can learn from the past

Share !
Mark Watts, Executive Director, C40 urges city transport planners and politicians to get ahead of the game and start mapping out new rules for driverless roads 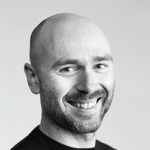 For more than a decade, C40 has been working with cities to develop and share policies and practices that help address climate change. We know that technological innovations cannot, in isolation, solve the challenges that cities face. Autonomous vehicle (AVs) technology is advancing at such a rate that it is now only a matter of time until AVs become the norm. City transport planners and politicians need to get ahead of the technology companies and start mapping out new rules for driverless roads. AVs are not a magic bullet to cut emissions or reduce traffic. However, with the right policies and regulations, they can certainly be part of the solution.

None of the benefits are guaranteed

The potential social benefits of AVs are huge; including fewer road accidents, increased productivity for passengers, and improved access for people with limited mobility. Crucial for the climate is that AVs are electric powered. This could significantly reduce the greenhouse gas (GHG) emissions generated in cities and help tackle the air quality crisis facing so many cities around the world.

However, none of these benefits are guaranteed. Cities that simply replace roads congested by conventional vehicles, with roads congested by AVs will have missed a huge opportunity. It is crucial that city governments create and enforce policies and regulations to maximize the potential for AVs to deliver social and environmental benefits. 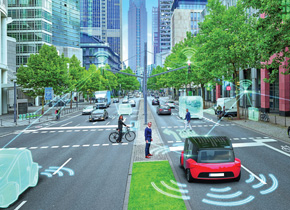 A journey taken by a private electric-powered AV will be less damaging to the environment than the equivalent trip in a conventional, non-electric car. However, the same journey taken by shared zero-emission transit, cycling, or walking, would have an even lower impact. If the ambition of every wealthy citizen becomes to own their own private AV, in which they can work or relax, and the city is designed to benefit these users, the number of mass transit users will fall, revenues will be cut and buses, trams and trains risk becoming a socially segregated transport mode for the less privileged.

Many cities saw this trend in previous decades when they were redesigned to prioritize private cars. The social and environmental effects were as problematic as the chronic congestion it caused. I grew up in an era when the then British Prime Minister said “If you see a man on a bus aged over 30, you know you are looking at a failure”. Huge investment in the bus and underground system in London overcame that prejudice and we don’t want to go back to it. It would be madness to repeat the same mistakes again, simply because of the novelty of AV technology.

Why cities need one another

The most sustainable, prosperous and livable cities of the future will be those that avoid urban sprawl and create compact and accessible communities. For policy makers that means incentivizing shared transit, walking and cycling over private vehicles, whether AV or not. Cities need to be in the driving seat of the AV transformation. For that, cities need access to information, tools and experts to understand and anticipate the arrival of AVs. But most importantly, cities need one another – only through collective and collaborative action can cities influence and shape the AV disruption for the public good.

The AV revolution is coming at a moment in history when our cities need to be transformed to ensure they deliver on the goals of the Paris Agreement and create sustainable, prosperous and healthy communities for their citizens.

That opportunity is too good to miss.