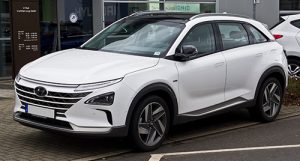 South Korean auto major, Hyundai, has announced the commencement of the feasibility study for fuel cell electric vehicles (FCEV) in India. The announcement was a part of Hyundai’s Strategy 2025 roadmap and their quest to be a smart mobility solution provider from just a vehicle manufacturer. The company aims to electrify most new models by 2030 in important markets South Korea, US, China, and Europe while emerging markets like India and Brazil will follow suit by 2035.

Hyundai currently has FCEVs like Nexo and ix35 in its global lineup. In India, the company has already launched the Kona Electric. Besides that, it is also planning to launch the Ioniq here.

Previous: Punjab signs MoU with Virgin Hyperloop One
Next: FASTag Payments from Dec