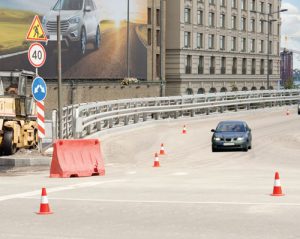 What makes a journey safe? Better drivers or better roads? While we agree that India’s road safety record needs to improve, how are we going to go about it remains a matter of debate. Indian cities are trying to be smart and safe with the use of Video Surveillance and Advanced Traffic Management Systems. TrafficInfraTech spoke to Smart City CEOs, Municipal Corporations and Enforcement Authorities/ Police of various States to find out the systems being put in place for enforcement of speed and safety.

In a unique move to streamline vehicular movement in the city and identify traffic violators, the Berhampur Municipal Corporation (BeMC) has implemented an Integrated Traffic Management System and City Surveillance rule. After successful implementation of ITMS, the traffic police and RTO will be able to collect lakhs of fines from traffic violators through e-challan system.

BeMC had launched the project initially at Tata Benz Square, PVN Rao Petrol Pump, Kamapalli Square, Gate Bazar and Courtpeta area in the city to implement the ITMS on a trial basis. Under this system, CCTV cameras and Automated Solar Lights were installed at signals. The system will be monitored from BeMC office while the live-feed is inspected at the Police Headquarters and RTO. According to Chakraborty Singh Rathore, Municipal Commissioner, the ITMS is being installed at a cost of Rs 3.9Cr, and BeMC has spent Rs 40 – 50 lakh for its smooth management.The 24-hour control room can automatically take the photographs of commuters violating speed light, wrong side driving and red light. The system is connected to ‘e-Vaahan’ and the penalty challan would be sent to the violator’s address by the RTO.

Riding high on the success of the pilot testing of 3-D smart traffic light system, Mohali administration is all set to install the system at four more junctions in the city. Aashika Jain, Additional Deputy Commissioner (development) recently directed officers of the Municipal Corporation to float the tenders to install smart traffic lights.

The traffic signal of Quark City Phase 8B junction, where the pilot system was installed, was one of the ‘dark spots’ in Mohali with maximum fatal accidents. Installation of 3-D smart traffic lights has helped to bring down the rate of accidents drastically.

Sharing other features of the smart signal lights, Jain said that apart from the synchronisation under which lights would function as per the availability and density of traffic on each side of the road and sensors-equipped cameras to keep an eagle eye on antisocial activities, pollution would be reduced due to the low waiting time of the vehicles at the lights and money will be saved. This will be a major leap towards better and economical traffic management system.

Use of Technology for Traffic Management

Hyderabad has been recording a sustained growth in the number of vehicles over the past few years. The city traffic police have been successful in reducing fatal accidents by 12% and bringing down the deaths by 10% in first half of the year.

Anil Kumar, Additional Commissioner (Traffic) Hyderabad said, “This enforcement is aimed to control the road accidents by drunken drivers by keeping check on the drivers under the influence of Alcohol. Police has contributed tremendously in reducing the road fatalities. With the use of technology and high-end gadgets, evidencebased booking of violations, the rate of convictions against violators has increased.

“From engineering side, various measures were taken to reduce road accidents and to ensure seamless and hassle-free traffic flow at all important junctions by enforcing free lefts, putting various types of signages, central median alignments, footpath development with railing etc.

“Due to different re-engineering measures like erection of signages and provision of railing on central median to cross the road by using foot over bridges, the pedestrian deaths have reduced by 16% compared to that of year 2018. Further, 50 black spots have been identified and efforts are continuing to reduce black spots.”