Authorities identified the deadliest points across the state, which accounted for nearly 40% of all road fatalities and shared all this information with the police. This was also used for a variety of improvisations starting from positioning ambulances to identifying locations for TAEI Centres (public hospitals equipped with a high dependency ward and a multidisciplinary critical unit) in the State.

What the authorities also found was that even though the numbers showed that 70% of the cases were recorded as “driver’s fault,” there was something more to it– a correlation between the size of the roads and incidences of road accidents. Responding to this data, the authorities built more speed breakers, signages and increased police patrol presence to dissuade motorists from speeding.

Hyderabad has been recording a sustained growth in the number of vehicles over the past few years. The city traffic police have been successful in reducing fatal accidents by 12% and bringing down the deaths by 10% in first half of the year.

Anil Kumar, Additional Commissioner (Traffic) Hyderabad said, “This enforcement is aimed to control the road accidents by drunken drivers by keeping check on the drivers under the influence of Alcohol. Police has contributed tremendously in reducing the road fatalities. With the use of technology and high-end gadgets, evidence based booking of violations; the rate of convictions against violators has increased.

“From engineering side, various measures were taken to reduce road accidents and to ensure seamless and hassle-free traffic flow at all important junctions by enforcing free lefts, putting various types of signages, central median alignments, footpath development with railing etc.

“Due to different re-engineering measures like erection of signages and provision of railing on central median to cross the road by using foot over bridges, the pedestrian deaths have reduced by 16% compared to year 2018. Further, 50 black spots have been identified and efforts are continuing to reduce black spots.”

Crash data collection, or for that matter any data collection activity, is more about deciding what to collect and why to collect, and then coming up with clear instructions on the methodologies on how to collect the crash data required and ensure uniform interpretation.

Greater Hyderabad Municipal Corporation is taking up various civil works at accident-prone spots in the city identified by the traffic police to make them safer. 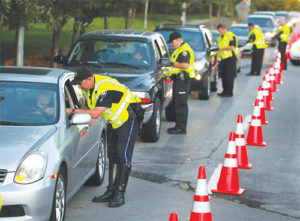 A decision has also been taken to conduct joint inspections on stretches. The traffic police have identified 120 ‘black spots’ or points where accidents are taking place frequently, in Hyderabad, Cyberabad and Rachakonda limits. GHMC has proposed measures such as provision of dividers, zebra crossings, lane marking and rumble strips, signage boards and stop lines, with an expenditure of ₹1.53Cr.

Anil Kumar said that most of the fatal accidents occurred due to rash and negligent driving followed by over speeding, self-hit or fall down, wrong side driving and cell phone driving.

“We are focusing more on creating traffic awareness and education of commuters and youths. From July 19, to October 6, 2018, the traffic police visited and imparted Traffic Education to 1,28,185 students of 493 educational institutions and three NCC camps.”

• Road Safety signages and road markings are provided. Pedestrian/ Pelican signals provided at important locations. Carriage way improved at curves / bottle necks.
• Bollards / Cones are placed at central median and Free Lefts.
• Chevron / Retro Reflective signages got installed at curves.
• Pedestrian platforms got improved for safety of pedestrians.
• Hazard Markers got erected. Rumble strips got laid at speeding areas to control the speed of the vehicle
• Railing on central median is done to prevent the random pedestrian movement on the major roads.
• Foot over bridges / pelican signals proposed and FOBs are under progress at black spot locations like near HPS, Begumpet Green Lands etc.
• Electric poles obstructing the carriage way and vulnerable for accidents were removed with the help of electricity department. 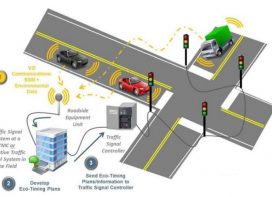