To further give impetus to private investments in the county, the Government has established a new asset class in the country – recycling of infrastructure assets. ‘Asset recycling’ as a concept refers to monetization of existing assets that are operational and revenue generating. Monetization requires the private concessionaire to pay a lump sum amount upfront to the Authority against the right to collect revenue from the asset for the term of the concession. This model has been established very successfully in the country. 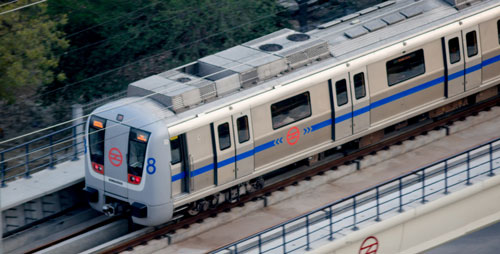 The maiden project to be executed under this model was the recycling of operational roads of the National Highways Authority of India. NHAI identified nine of its operational tolling roads and bundled them together, giving away the right to toll them for thirty years along with responsibility to operate and maintain the roads, to a private party. The Authority spent over a year in creating the right model and sensitizing investors, both domestic and international. The creation of an efficient model which minimizes risks being taken by the private party and transparency in information sharing led to bringing significant value to the Government. Australian Fund manager, Macquarie won the bid for these assets at a quote price of $1.5 billion as against the base price set at $1billion by NHAI. The project received bids from three other international and domestic institutional investors including Canadian fund manager Brookfield, IRB-Autostrade and Roadis-NIIF. The success of this bid showcases the maturity and attractiveness of Indian infrastructure.

Various more asset classes are now emerging in the country. India recently privatized six of its airports as well where the bid parameter was revenue share per passenger with the Authorities. All institutional investors with presence in India; international airport operators and domestic conglomerates bid for these six airports. Domestic giant, Adani, who owns ports and logistics parks in the country won all six bids, which showcases its bullish approach towards the domestic aviation industry.

Similarly, India is undertaking a massive exercise to privatize its city gas distribution. In this endeavour, India has brought 70 percent of its population under the city gas network wherein 228 cities have been bid out to private parties for setting up compressed gas pumps and domestic PNG (piped natural gas) connections. Institutional investors have forayed into this area as well with fund managers like I Squared Capital setting up platforms to bid for these long-term city gas distribution projects.

India has created various other asset classes which are opportunities for institutional investors. One very interesting model that is currently being tested out in the country is procurement of rolling stock (coaches) for metro operations. Delhi Metro is the largest metro establishment in the country with metro running over 216 kms in the city of New Delhi. Till date, this entity has been procuring rolling stock by way of funding received from Japan by way of G2G lending.

With the view of becoming self-sustainable in the future, Delhi Metro identified a model where in rolling stock will be made available to it on a lease basis where payment is made based on availability of trains. This model has been created with the view to attract long term patient capital owners such as institutional investors who can partner with rolling stock manufacturers to provide trains under a PPP model instead of upfront procurement. After elaborate stakeholder discussions, the model is being tested out for the first project for 100 coaches in March this year. Once this becomes successful, the same model will be adopted for metros to be constructed in more than 50 cities in the country. This alone is an asset class worth more than $ 20 Bn.

These are just a few examples of the way the infrastructure assets have evolved in India. The Government is right now working aggressively on identification of various other asset classes which can be monetized in similar fashion. Asset classes being evaluated are transmission lines, warehouses, oil strategic reserves and telecom towers to name a few.

The most tangible evidence of a nation’s progress is its infrastructure. The world has witnessed how highways turned around the US economy; how ports and shipping gave the much-needed impetus to China. It is now India’s turn.