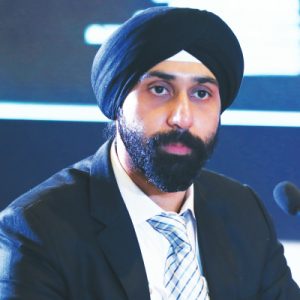 In its 75th year of independence, India, today, is at the cusp of greater economic ascent. The Indian government has completely transformed its approach and implementation strategy for infrastructure in the country, from a need-based model of development to an integrated long-term growth plan aimed at catering to the needs of “New India”, writes Karan Sethi, Senior Assistant Vice President, Invest India

In the last ten years, India has invested over USD 1.2 trillion in building infrastructure. This has been driven by the government’s vision of building world class infrastructure aimed at bringing down the cost of logistics in the country, to turn India into an economic powerhouse, and also on improving ease of doing business and quality of life of the people through universal uninterrupted power supply, stitching the country into a digital web through mobile connections and high-speed internet, and enhancing logistical connectivity.

This has been achieved through an optimal mix of Public Private Partnerships (PPP) and private investments in viable infrastructure projects, and budgetary investments in non-feasible but high social return projects. Moreover, to enable this staggering growth and the creation of infrastructure for tomorrow, India has been creating robust project/investment pipelines, world class Development Finance Institutions, high quality PPP contracts, conducive policies, and energising the industry’s execution capacity to deliver the scale of these projects. 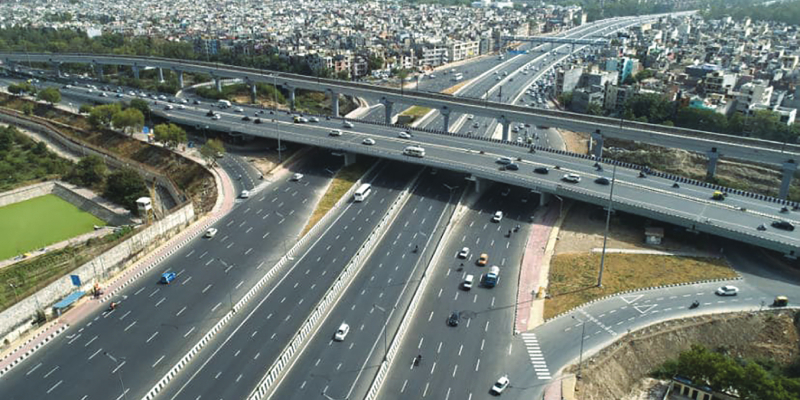 Further, to accomplish the ambitious plan, it brings together resources of central and state governments as well as capabilities and capacities of private investors to deliver at a rapid pace.

These investments span the entire universe of assets comprising core and social infrastructure including modern railway stations, airports, bus terminals, world-class educational institutes, and projects that target 100 percent coverage for safe drinking water, access to clean and affordable energy, and healthcare for all.

With a plan to double national highways in India to 200,000 kilometres, the ‘Bharatmala Pariyojana’ was launched as a holistic vision for developing 66,100 kilometres of additional road network including expressways, economic corridors, international and border roads. Remarkably, it has already aided in trebling the average pace of highway construction in the country from 12 km/day to 37 km/day in merely six years, with a target of achieving 40 km/day of average construction by 2025.

Not only this, the Ministry of Roads Transport and Highways has also launched ‘Parvatmala – The National Ropeways Mission’ to provide sustainable last mile connectivity in difficult hilly terrains and will develop 35 multi-modal logistics parks across the country through Public-Private Partnerships.

Fuelled by a growing working class and middle class, India’s aviation sector was clocking a consistent double-digit growth during the pre-covid period, with the domestic aviation market setting the country to become the third largest aviation market in the world by 2025. Moreover, the government’s Regional Connectivity Scheme ‘UDAN – Ude Desh Ka Aam Naagrik’ has been instrumental in connecting the aspirational Tier II and Tier III cities, by doubling the number of operational airports from 74 (2014) to 141 and adding 425 new air routes, potentially reshaping travel in India. To meet the huge future demand, 100 new airports will be built over the next 15 years and 400 existing airports will be upgraded, also providing an impetus to manufacturing and aircraft maintenance and overhaul services.

Focused on unlocking the true potential of India’s vast 7,500 km coastline and waterways, to rationalise the cost of logistics and boost growth in EXIM cargo, ‘SagarMala’ was launched in 2016. The program has led to completion of 181 projects; a 223 projects are under implementation, concentrating on modernizing ports, augmenting connectivity, and creating port centric economic clusters. Combining sector growth with the Make in India initiative, there is also a push for positioning India as a hub for shipbuilding and container manufacturing. 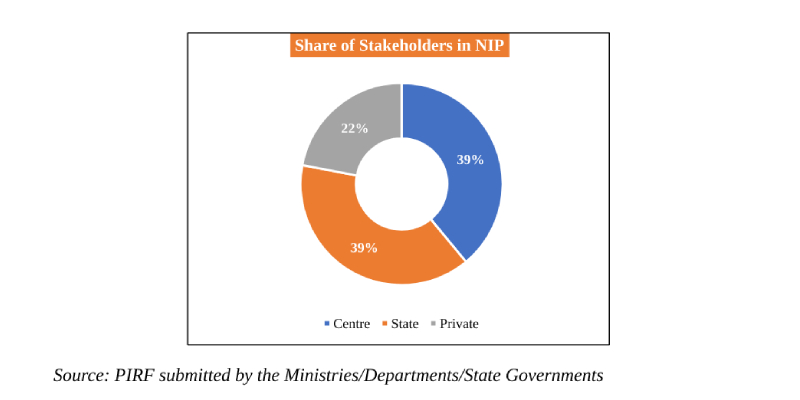 Additionally, Indian Railways too has quintupled the average pace of commissioning new lines in 2021 versus the period 2009-14, and new projects such as Dedicated Freight Corridors and High-Speed Rail are expected to revolutionize logistics and passenger travel in the country. The sector has opened-up to 100 percent FDI in railway infrastructure and could potentially offer PPP opportunities across railway stations, dedicated freight corridors, etc. To modernise its operations, Indian Railways is also deploying the advanced made in India Vande Bharat Trains and expanding its fleet of new wagons at record pace.

It is pertinent to note that India is undergoing a rapid rate of urbanization, and the government is creating significant physical infrastructure through the “Housing for All Mission”, “Smart Cities Mission” (aimed at employing technologies and sustainable solutions to transform 100 cities into centres of growth) and a vision to provide piped water to every household by 2025.

Giving speed to the country’s rapid clean energy transition, India has set a goal of installing 50 percent cumulative electric power capacity from non-fossil fuel-based energy resources by 2030 (as per the updated Nationally Determined Contribution (NDC)). Considering India’s forecasted energy demand of 817 GW in 2029-2030 (Central Electricity Authority) and the current non-fossil fuel energy installed capacity of 171 GW, the country will require a year-on-year addition of 20-30 GW in renewables until 2030.

While the NIP is focused on greenfield development, the government has also created a pipeline of brownfield assets, which it wishes to monetize, and use the proceeds for greenfield investments. The USD 81 billion pipeline comprises operational assets with steady cash flows across various sectors, with Roads, Railways, Power, and Telecom contributing the majority (combined 70 percent). It is noteworthy that the roads and highways sector in India has already been exemplary in adopting innovative financing models such as recycling of existing and operational roads to generate funding for road construction. In its first Toll Operate Transfer (TOT) bundle, the National Highways Authority of India (NHAI) bundled nine of its operational tolling roads, giving away the right to toll them for thirty years along with responsibility to operate and maintain the roads, to a private party. Australian Fund manager, Macquarie won the bid for these assets at a quote price of USD 1.5 billion as against the base price of USD 1 billion. Since then, three more bundles have been bid out to domestic and international investors. 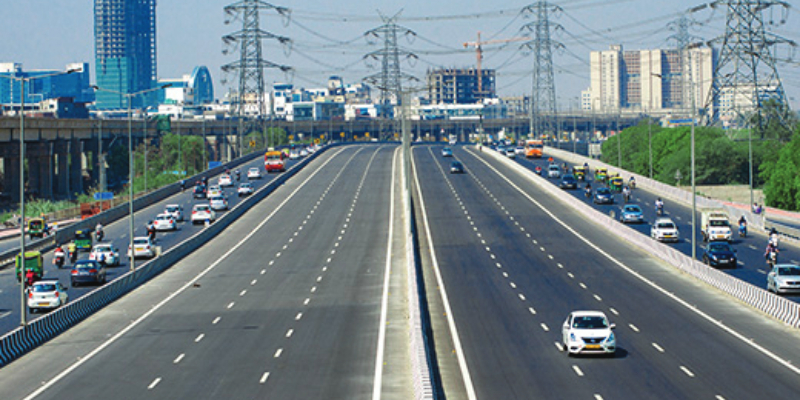 The USD 1.4 Trillion National Infrastructure Pipeline is projected to attract 22 percent of its investments from private sector, which translates into an investment of over USD 300 bilion. To catalyse this, over the last few years, the country has already been working on structuring risk sharing mechanisms to attract private capital into infrastructure development.

In addition, the progressive PPP framework and a mature secondary market in the country has attracted various institutional investors, and Canadian pension funds are a case in study. Five major Canadian investors (Brookfield, CPPIB, Fairfax, CDPQ and PSPIB) have invested over USD 40 billion in India in national highways, airports, real estate and logistics assets, and have directly or indirectly established their presence in India with dedicated teams which are growing.

Efforts have also been made to address the key risks and issues that had created an overhang on projects which led to distress in the past. For instance, the NHAI decided to award highway projects which had at least 90 percent land availability and 80 percent environment clearance in place, resulting in faster completion of new highway projects. Besides, introduction of commercial courts and National Company Law Tribunal (NCLT) have fast tracked litigation leading to risk reduction for private sector investing in infrastructure.

Similarly, institutional mechanisms have been put in place to address the coordination issues among various departments of the government to reduce time delays and cost overruns that sometimes impact large infrastructure projects. To this effect, the Project Monitoring Group has played a key role in resolving inter-ministerial issues. In addition, the Honourable Prime Minister launched the ‘PM GatiShakti – National Master Plan for Multi-Modal Connectivity’ aimed at leveraging technology to improve planning and execution of infrastructure projects, to provide ‘Gati’ or speed to such developments. Through the national master plan, all Ministries and States are uploading details of current and future projects on a dynamic Geospatial Information Systems (GIS) based digital platform, with the purpose of breaking silos and working in sync for successful implementation of infrastructure. 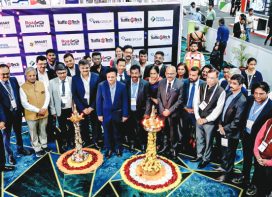 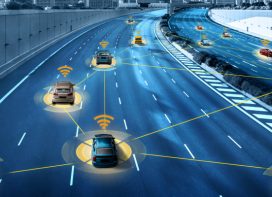 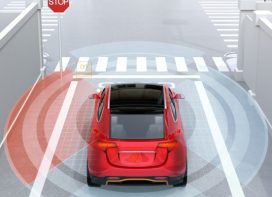