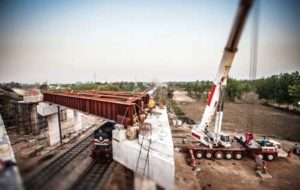 Infrastructure development requires a substantial influx of investment capital. The Government of India has designed policies to encourage investments in the infrastructure sector from both the local and foreign private capital. According to UNCTAD’s World Investment Report 2017, India continues to remain as a favourite destination for Foreign Direct Investment (FDI), this is also supported by the Moody’s Investors service’s decision to upgrade the Government of India’s local and foreign currency issuer ratings to Baa2 from Baa3 and changed the outlook on the rating to stable from positive. The World Bank’s Doing Business Report 2018, showed significant improvements in India’s ranking and its an indication that the world’s largest democracy is open for business. As per the recent statistics, the Foreign Direct Investment (FDI) received in Construction Development sector from April 2000 to September 2017 stood at US$ 24.7 billion. According to the latest Economic Survey, around US$ 4.5 trillion worth of investments is required by India till 2040 to develop infrastructure to improve economic growth and community well-being. 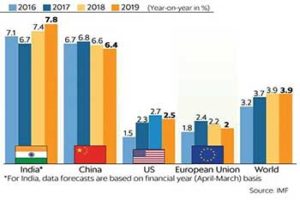 As per the current trend estimates, India can meet around US$3.9 trillion infrastructure investment out of US$4.5 trillion and investment gap to the tune $526 billion is expected. Over the past few years, the government has been working on providing the much-needed groundwork and we have observed the infrastructure sector taking off from the sectoral glitches it faced and currently various opportunities are available under the Engineering Procurement Contract ( EPC) mode and Public Private Partnership mode for the modernisation and development of railway lines & railway stations, development of highways, modernisation and setting up of ports, etc. The government of India has allowed Foreign Direct Investment (FDI) of up to 100 per cent under the automatic route for most of the infrastructure sector.

Indian Railways (IR) is the lifeline of the nation. It is one of the largest transportation and logistics network of the world which runs about 21,000 trains, connecting about 8,500 stations, traverse throughout the length and breadth of the country providing the required connectivity and integration for balanced regional development. 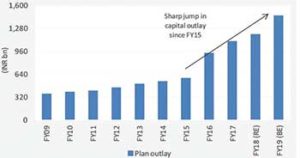 Indian Railways carrry over 23 million passengers per day and about 3 million tonnes of freight every day on its network of 66,000 kilometers. During the last eight years, revenues from the passenger segment expanded at a CAGR of 6.9 per cent with the total revenue earnings in FY16 totalling to around US$ 6.9 billion. Indian Railways generated US$ 16.9 billion in earnings from commodity freight traffic during FY16. Budget FY19 allocated INR1.46tn to the railway sector, a growth of 22% over the capex in FY18 (revised estimates) of INR1.2tn. This continues the strong trajectory of railway spend, which have more than doubled between FY15-18 (Chart-2).

The biggest challenge facing Indian Railways today is its inability to meet the demands of its customers, both passenger and freight. Underinvestment has been a major issue for the expansion of the network, which has resulted in the ability of the system to accommodate more trains and increase the speed of trains. Government has come out with a massive infrastructure expansion and decongestion program along with upgradation of technology and electrification of tracks along with enhancement of terminal capacity. Private sector companies are encouraged to participate in rail projects as Indian Railways require immense resources to augment its capacity for modernisation.

The government is promoting PPPs as a key enabler, have approved participative models for rail connectivity and capacity augmentation. Government has also addressed private investors, tried to solve the concerns around ownership of railway line and repayment of investments.

The following areas are considered for private investments; joint ventures for rail connectivity, redeveloping and equipping major stations with amenities of an international standard, settingup five wagon factories under the JV/PPP model, infrastructure projects such as high-speed railways, railway lines to and from coal mines & ports, projects relating to electrification, high-speed tracks and suburban corridors and providing passenger amenities such as battery –operated carts to help the elderly and differently-abled to navigate railway stations.

In order to transform the face of the Indian Railways, Ministry has launched the first Phase of the World’s largest Station Redevelopment Program comprising of major Railway Stations on Indian Railways network. The 400 stations to be redeveloped under public private partnership model, to provide amenities and services to the passengers in line with the best in class railway stations. The redeveloped stations will improve passenger experience by providing amenities like digital signage, escalators / elevators, self-ticketing counters, executive lounges, luggage screening machines, walkways, holding areas for passengers, grand and distinctive roofing and flooring, free and paid Wi-Fi etc. The program will benefit more than 100 cities and 16 million passengers per day across the country. Moreover, the commercial development undertaken near the stations will become nerve centers of the city and provide quality retail, commercial and hospitality development. Indian Railways’ ambition of redeveloping 400 stations into worldclass facilities is completely based on land monetization. 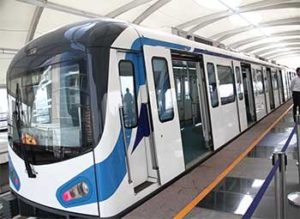 The Ministry of Railways, under the direction of the Indian Government, has taken up the dedicated freight corridor (DFC) project, planned to be ‘ freight-only’ corridors (six) to provide a safe and efficient freight transportation system. Freight corridors will be built along the Golden Quadrilateral that connects Delhi, Mumbai, Chennai, Howrah and its two diagonals (Delhi – Chennai and Mumbai – Howrah) that constitute a total of 10,122 kms. These corridors carry the heaviest traffic and are highly congested. A Special Purpose Vehicle, ‘Dedicated Freight Corridor Corporation of India Limited’ (DFCCIL) has been setup under the Ministry of Railways to facilitate the functioning of these corridors. There are plethora of opportunities for the private sector to implement projects in a time-bound manner.

India, the world’s fastest growing economy is the preferred destination for investors due to favourable business environment and appropriate policy framework that can provide adequate returns to investors. 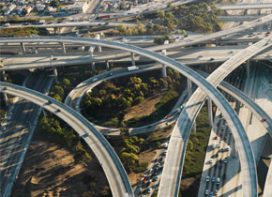 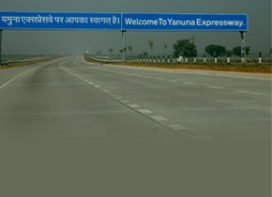