Mahesh wanted to know the developer’s perspective in this scenario. He asked Narayanan, “IDFC is trying to create a road’s portfolio and you are buying a few roads. A few announcements have already been made. How will the InvITs be helpful and how will they impact the pace of the road construction?”

Clarifying that IDFC was not a developer but a financial investor, Narayanan said, “From a developer’s perspective, it is completely a new and cheaper source of capital. For example; when IRB won the project, they need a funding of 100Cr to complete the project. They raised 70Cr as debt from typical infrastructure financial institutions like banks for 12-13%, and raised the remaining 30Cr from equity. So, the return expectations from this 30% equity would be high — at 18-20%. The interest rate would be around 11-12% or at the existing market rate. Once the project has achieved its one year of operations, it is eligible for the infrastructure investment trust. It is believed that the risk of the operation is over because it has been functioning for some time now. It is a good time to test the local environment, willingness to pay, the pattern of paying, etc. It is typically a test before you bid for the project. The ground reality is very different after the road has been constructed. The traffic pattern must have changed by then, or the road users might choose alternate routes because they have to pay for the toll. So, one year is a right time because by then, the tolling pattern would have been established. As a developer, that is the time I am looking at getting out of the project and using the same resources to do some other project. If my return expectations are 20% or somebody else has an expectation of 12%, I can sell it to a new party/ person with a decent profit and put these resources into two-three new projects. In InvITs, it is the weighted average cost of debt versus the average cost of equity. So, the profit that the developer gets is significant, and he uses the same for other projects. From a developer’s perspective, it is a cheap source of capital to recycle and use for other projects. That way, I am not stuck with one project, I take the risk of constructing the new road or starting a new project. I will be executing the project, releasing my capital and diluting my own equity”.

Mahesh observed, “So essentially the asset moves from development construction risk profile to operational risk profile which is much lower level and therefore, the kind of investor is also different”.

Agreeing with the observation, Narayan added, “This is because the retail investor or the HNI may not be sophisticated to know the nuances of the road, which is very critical. You should come in only when you are sure the money is safe, you want to beat the inflation and want a better return. Safe does not mean investing money in the government securities but it is not as risky as investing into stock-market. You are looking at long-term investment returns which are tax-free in the hands of the investors”. 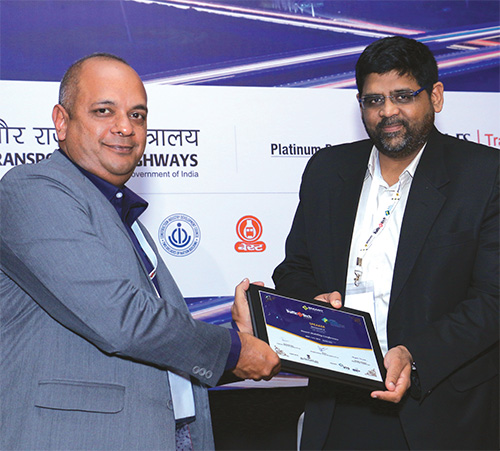 Referring to the points Narayanan made on the impact of the banks, Mahesh wanted to bring in the point of resolving bank financing issues. He asked Sekar, “As an investor who holds core assets, what are the issues with bank financing that InvITs could eventually resolve?”

Sekar was of the view that long-term financing for infrastructure requires both equity and debt side. He said, “InvITs kind of addresses the equity side. Long term financing through capital market in India is still in a developing phase but annuity projects are well-received. You will see investors in the capital market for annuity projects but toll road projects are still ‘work-in-progress’. Traditionally, InvITs have been equity capital but given the Indian situation where a lot of projects have very high debt levels, these projects are generally financed with 70% debt upfront and some of them are delayed because of the high debt ratio. Therefore, when somebody transitions to InvITs, he will have to pay down the debt because the InvITs allow for only 49% of the external debt. Even for the banks, where developers have some kind of projects that have stress, there is high leverage. So when they move to the InvIT structure, these developers are able to raise new capital to pay the banks back. So, it will be able to solve some issues faced by the road sector. Even though it does not directly address the raising of debt capital, the ability to raise long term capital helps the developer to pay some of his debt back”.

Previous: Redeveloping Bus Ports
Next: “A bulk of the 38 toll plazas have been connected for ETC lanes” 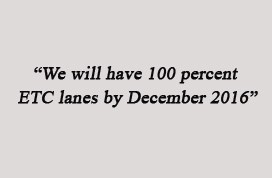 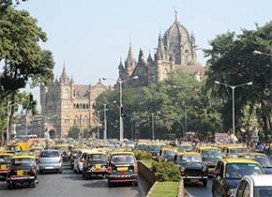