In rapidly developing countries like India, the urban population is also on the rise and places heavy demands on their transport system. This leads to congestion and increase in 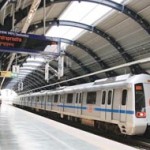 fatality rate, fuel consumption & pollution. In Delhi, the nation’s capital, the population doubles in about a decade while the roads and other transport infrastructure grow at a slower pace. In the coming decade, it may be very difficult for Delhi to handle growth in the number of trips and the vehicles coming on the roads because there may not be much scope of widening the roads or providing extra or separate lanes for different categories of vehicles. It can be very well predicted that if the current trend continues, it may be virtually impossible for the city road network to handle the traffic in future. Any traffic measurement will have little impact as roads will probably be choked everywhere. The effective way to save the city and achieve sustainable development will be reduction in the number of vehicles coming on the roads. This can be done by encouraging optimal use of the existing transportation system and a multimodal approach towards public transport planning.

Again, for an effective and seamless Multi Modal Transport System (MMTS), it is necessary to have transport interchanges. An interchange is a stage in a multi-modal transport where people change from one mode to another and from one direction to another – in the same mode. In this study on the area surrounding Delhi Metro’s Line 1, TDM (Travel Demand Modelling) has been implemented to identify the potential interchange locations in the study area. TransCAD, a Transportation GIS software, is chosen as the platform for analysis due to the availability of effective TDM modules. Various inputs needed in TransCAD have been collected through household survey and field surveys. Diverse outputs from different stages of TDM are considered for the analysis. The results from trip assignment are used for identifying the interchange location for two horizon years (2011 and 2021), whereas the model developed in mode choice stage is used to understand the effect of various components of interchange on the choice between public and private vehicles.

Delhi has reliable transport infrastructure. But its transport system, which is undergoing rapid modernisation and expansion, is complex. It loses nearly 42 crore man-hours every month due to increased commuting time caused by traffic congestion. Therefore, serious efforts have to be made to encourage the use of public transport in the city. Because of relatively large development of road infrastructure, public transport in the metropolis is largely road-based and includes a bus system, auto rickshaws, cycle rickshaws and taxis. Buses are the most popular means of transportation for intra-city travel as they cater to about 60% of the total commuting requirement. With the introduction of Delhi Metro – a rail-based mass rapid transit system – considerable amount of modal shift has taken place from other modes to the Metro.

MMTS is an integrated system of road/ rail/ air/ water transport and other new transit systems along with Intermediate Para Transit (IPT) such as auto, rickshaw, tempo and personalised vehicles. Roads and railways are two dominant modes of transport in the country. Water transport, i.e. navigable rivers, sea, etc. provide alternative means of urban transit access. In India, only limited river navigational services are available in Kolkata (Hooghly river), Mumbai (sea), Goa (sea), Kochi’s back water transport and in Andaman & Nicobar Islands. In India, this system may not be attractive for urban public transport but in Venice (Italy), Gothenburg (Sweden) and Hamburg (Germany), inland navigation is an essential part of public transport system. In Paris, London and Cologne (Germany) transport, as a mode of urban (intra-city) travel, is non-existent in Rail Transit System (ALRTS), and is likely to be used particularly in urban areas. Hence, integration of these modes as MMTS can provide efficient transport system.

Multi Modal approach increases the efficiency of each public transport mode as they will act as complementary modes of each other instead of competing with each other. It is also important for the economic and social prosperity of an area.

The best example to be considered here is that of Singapore. Singapore Integrated Public Transport Service includes bus, Mass Rapid Transit (MRT), Light Rail Transit (LRT), transit by ferry and taxi. The amalgamation of MRT of Singapore in the overall transportation system is a good example of multi modal transport system since 1990. On November 1, 2001, Singapore Bus Service (SBS) Transit came into existence which reflects the multi modal status, a move from being just a bus operator to a provider of both bus and train services. Many initiatives have been introduced to make travelling via bus, MRT, LRT and taxi more attractive and comfortable. All LRT stations are located on arterial roads and integrated with feeder bus routes and covered walkways from station to adjacent HDB blocks. Similarly, MRT station and LRT stations are vertically integrated. Within the station, vertical transportation between LRT and MRT platforms is through escalators and lifts without having to exit the paid area of the station, using the same fare card. It is seamless transfer at its best. The same is linked with bus interchange via bridges and covered linkways. Similarly, planning of LRT stations has blended with surrounding commercial and residential development. In fact, integration of various modes and proper planning gives faster and more comfortable transportation services to the commuters.

The objectives of this study, sponsored by DST, Govt. of India, are to develop a travel demand model for Delhi region; to identify a potential metro station as interchange; and to study the impact of free parking and other facilities at interchange. To meet these objectives, the study areas were identified and divided into small zones following which all the data required for the TDM and analysis of interchange was collected and classified into Primary data and Secondary data. In the base year analysis, the data collected was analysed and compared with census data to check its reliability. Base year O-D validation was done to check the compatibility of the trip data collected from surveys. Base year models were then developed using the data at different levels in TDM. The final step was the ridership forecasting for the horizon year.

Primary data, collected from the ground, is given as initial input to the TDM. The secondary data, collected from different sources like organisations and previous literature, is required to prepare the base network of different modes in operation in Delhi. Different data collection methods for primary data are compared and the best suitable for the ground conditions is selected.

Delhi, a metropolitan city with a population of about 14 million and an area of about 1483sqkm, offers many modes of travel for its daily commuters. Based on the city’s Census map, its area was divided into different zones – 95 internal zones and seven external zones. The samples were collected on the basis of the population of these zones. The study area includes the currently operative Metro lines and the areas surrounding them. A buffer area of about 3–4km on either side of Metro line – 1 was considered for the study.