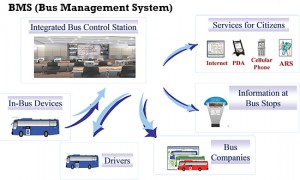 CheongGyeCheon, which was a historical stream running through Seoul was covered up with roads and highways since 1937 where the flowing daily traffic volume amounted to 190,000 vehicles. The restoration of this 6 kilometers stream has made a great contribution to the idea of people-oriented, environmentfriendly policies and sustainable transport. To relieve the huge traffic, public transportation was encouraged and the bus reform has greatly contributed to decreasing the car traffic volume by 125,000 vehicles per day.

Achievements of the Bus System Reform 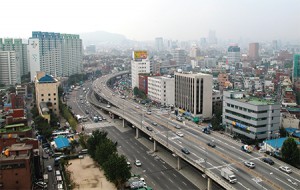 The bus system reform enhanced operation and regulation capabilities of public transportation services in Korea. Seoul Metropolitan Government forcefully targeted the critical concerns during the 1980s when transportation patterns were shifting and bus services failed to provide an alternative option. The leadership of Seoul Metropolitan Government in taking the necessary steps to reform the institutional framework of public transport operation made a major step towards sustaining success over the long term.

The reform fosters integration and coordination that enhance improvements in operation and regulation. All of these achievements confirm the willingness of Seoul Metropolitan Government to improve mobility and the urban environment in Seoul. This solely came about as a result of participative initiatives and consensus building forum involving Seoul Metropolitan Government, bus operators, transport and city professionals, and the citizens. 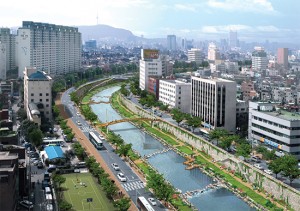 The reform placed an emphasis on introducing passenger-friendly and environmentally conscious services and buses that would mitigate negative impacts. Quality was achieved through three main initiatives: improving road safety, decreasing pollutant and energy consumption and reaching consumer standards. Road safety profoundly increased when a mandatory bus driver quality certification was required. A competitive education program stressed driving-safety behaviors and understanding of the use of smart card, BMS, and GPS technologies. Driver education is only partly attributed to the significant decrease in bus related traffic accidents; it should also be complimented with the reorganization of bus routes that have improved scheduling and timeliness of bus travel; thus reducing any unnecessary reckless driving.

Over the last 40 years, Seoul Metropolitan Government has attempted to reform the bus operating system several times but had continuously failed. The failures were caused by the strong oppositions of the bus industries and bus users as well as the government’s top-down, vertical approaches which had weak decision making leadership. This is prominent in the failures of the Seoul bus reform in 1997. However, the bus system reform had support of citizens, and organizations which urged SMG to establish the BSRCC.