Traffic congestion in India arises from the fact that road capacity and infrastructure have not improved on par with the traffic. The direct solution for this problem ? improvements in physical infrastructure ? is constrained by space availability and other logistic issues. There is however scope for capacity improvements through the adoption of Intelligent Transportation Systems (ITS). The Centre of Excellence in Urban Transport (CoEUT) at Indian Institute of Technology, Madras is currently engaged in projects to provide solutions in critical areas of ITS says Dr Lelitha Vanajakshi, Assistant Professor, Indian Institute of Technology, Madras. 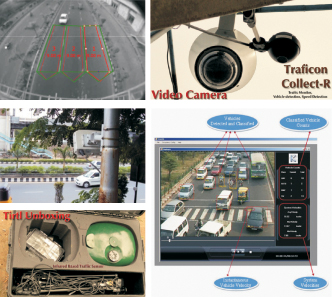 ITS activities help establish a sustainable, multi-modal surface transportation system that connects vehicles and management systems through well-established technologies. The major objective of ITS is to develop, analyse and integrate new technologies and concepts to achieve traffic efficiency, improve environmental quality, save energy, conserve time, and enhance safety and comfort for drivers, pedestrians, and other traffic groups.

Intelligent Transport Systems combine tools for automated acquisition, communication, and analysis of road data and techniques to disseminate useful information to the public/traveller. Advances in communication and information technology have assisted the integration of the vehicle with the infrastructure, an essential requirement of the systemic nature of ITS. ITS falls within the domain of cyber-physical systems due to the close interaction between physical systems (vehicles) and a distributed information acquisition and dissemination infrastructure (wired and wireless networks, sensors, processors, and the accompanying software). In many developed countries, road operators have become dependent on ITS for not only congestion and demand management, but also for road safety and improved infrastructure.

While a number of small scale ITS projects have been introduced in various cities in India – including New Delhi, Pune, Bangalore, Indore and Chennai – these systems have focused on isolated deployments such as management of parking information, area-wide signal control, advanced toll collection, web based traveller information etc. Most of these are small-scale single-city based pilot studies. Currently, there are not many comprehensive, fully developed ITS applications with traffic management centres in India. Thus, it can be seen that the penetration of ITS in Indian road scenario is relatively small and a systemic approach is necessary. 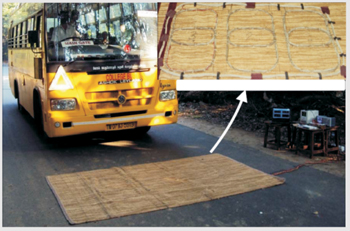 The efficiency of any ITS system critically depends upon the reliability of the information generated. Lack of reliability may be an important reason for rejection of these systems by the commuter/consumer. The reliability of information is decided by two factors a) the quality of input data and b) the models used at the backend to generate useful information from the input raw data. Existing ITS implementations lack in either or both these areas. The Centre of Excellence in Urban Transport (CoEUT) at Indian Institute of Technology Madras, funded by the Ministry of Urban Development (MoUD), Government of India, is currently engaged in projects to provide solutions in these two critical areas of ITS.

ITS implementations require accurate and exhaustive real time traffic data as input. Various traffic detectors commonly used all over the world include sensors based on magnetic, radar, infrared, laser, inductive, video etc., automatic vehicle identifiers (AVI), and GPS based Automatic Vehicle Location (AVL). Although these are proven data collection technologies for traffic conditions elsewhere, they may not work for Indian traffic condition as such due to the variability of vehicle types and unique lane behavior/absence of lane discipline. Any data collection technique to be used in India must take into account the heterogeneous characteristics of the Indian road with coexistence of two, three, four and multiple wheel vehicles with a large pedestrian and sometimes animal population, and the absence of lane-based traffic.