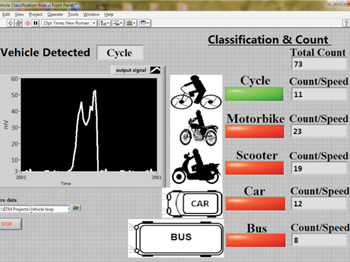 Data collection from the road can take two forms ? individual or selective vehicle detection and detection of vehicle streams. These detection processes can be performed either spatially, e.g. GPS based detection, or location-wise, where detectors/sensors are affixed at predetermined locations along the road to assess traffic flow and speed. Location-wise vehicle detection using strategically placed video sensors, IR or video cameras and inductive loop detectors is logistically simpler to deploy than spatial sensors, which require participation. Hence, location based sensors are the preferred type of data collection technique. However, these types of detection are not without drawbacks. Location based detectors are mostly lane-based, and adapting it to the lane-less traffic of the Indian urban road is a daunting task. 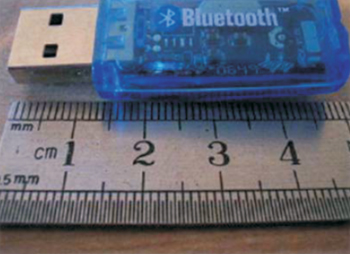 The team at CoEUT is involved in evaluating some of the popular traffic sensors for Indian conditions. This includes a radar-based sensor named the ?smart sensor?, an image processing solution, Trazer, a video sensor, Trafficam Collect-R and an infrared detector, TIRTL. The Smart Sensor generates separate high-resolution radar beams to create field of view of the road section. The Trazer has computer vision and image-processing algorithms, useful for traffic flow pattern analysis, in online and offline modes. Collect-R is an image processing unit comprising a highly sensitive CMOS sensor coupled to video recognition software that can detect a vehicle located in a given lane. The TIRTL is a side fire infrared sensor, equipped with transmitter and receiver units and is installed on each side of a subject roadway. These detectors are being tested along Chennai?s arterial corridor, the Rajiv Gandhi Salai, which traverses the busy IT hub of the city. The team also collaborates with some of these sensor manufacturers to modify/calibrate the sensors to work better under Indian traffic conditions. CoEUT?s third area of R&D within the realm of data collection is the development of new sensors that are suitable for the Indian traffic. An indigenous inductive loop system, which is capable of classified count as well as speed and occupancy measurements, is also being developed and tested. This new system has a new shape which can identify different types of vehicles varying from bicycles to bus. In order to make it work under the lane less traffic condition, a new configuration which will cover the entire width of roadway is also developed.

The few Intelligent Transportation Systems implemented in India use algorithms and models that have been developed in the West, and often fail because these models cannot capture the heterogeneous and random nature of the Indian traffic. Besides, most of those models are based on historic databases, which may not be available for most of the implementations starting in India.

CoEUT has also tested the applicability of Bluetooth for travel time estimation under heterogeneous traffic conditions. It was observed that the sample size of vehicles identified by Bluetooth is more than 5%, comparable to the sample size observed in western countries. It was also found that mainly two wheelers and light motor vehicles have been detected using the Bluetooth sensor. Overall, the results from this pioneering study showed that Bluetooth can be considered as a cost effective traffic sensing technology.

In the domain of backend model development, CoEUT develops algorithms that can translate data acquired in the field into meaningful and useful information. Various algorithms have been developed for traffic management elsewhere in the world. Such algorithms cannot be used as such for Indian traffic due to differences in the nature of traffic between India and other (mostly Western) countries. The few Intelligent Transportation Systems implemented in India use algorithms and models that have been developed in the West, and often fail because these models cannot capture the heterogeneous and random nature of the Indian traffic. Besides, most of those models are based on historic databases, which may not be available for most of the implementations starting in India.

One such algorithm developed and implemented is for bus arrival prediction that can take into account the stochastic nature of the Indian traffic and without demanding a historic database. This algorithm predict bus arrival times taking into account the uncertainties commonly associated with Indian traffic, making it superior to conventional distance-based algorithm that are used in such applications. Bus arrival times are predicted in real time using a model-based approach using the Kalman filtering technique. The test vehicle?s travel time is predicted using data from the previous two vehicles, thus avoiding the need for a database of historic data. The application is implemented in real time for selected routes in Chennai. 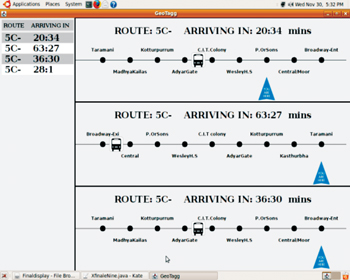 Prototypes for three different information dissemination modes, viz. variable message signs, web based application and bus stop Information Dissemination Units (IDU)/kiosks have also been developed at CoEUT. Such an IDU has been placed at the IIT Madras campus main gate to provide information on campus bus arrival times. The IDU consists of a simple low-end computer with a GPRS module attached to it for data transfer. The GPRS module is the client to the central server where all the data is processed and sent to the IDU. The application running on the IDU runs a separate instance for each bus-stop and queries the central server for updated bus-stop data, every 10 seconds. Web and messaging applications have also been designed to inform commuters of their expected wait time at bus stops. Bus tracking system is functional for IIT Madras campus buses through an android application, through web pages (http://coeut.iitm.ac.in/webapp.html) and through bus stop display boards. Similar applications have been developed for an Advanced Traveller Information Systems (ATIS) funded by the Department of Electronics and Information Technology.

ITS is in its infancy in India, with decision-makers, key planners and agencies still in the process of understanding its potential. Apart from the above applications that are being developed/implemented, there are many more ITS concepts that will be useful in the Indian scenario such as emergency management, congestion management, advanced traffic management systems, advanced traveller information systems, commercial vehicle operations, advanced vehicle control systems, etc. Full utilisation of ITS can be achieved only by implementation at a network level rather than in small corridors. Overall, the existing applications shows an initial promise and potential for the deployment of ITS in India and give an initial empirical basis and data on ITS deployment highlighting the data, methodological, practical and research challenges for Indian conditions. It is vital to plan key initiatives and activities which advance and improve the development and use of ITS in India, which will help in managing the congestion on Indian roads.

Dr Vanajakshi has worked as research assistant in the Texas Transportation Institute. Her research interests include the areas of traffic flow modelling, traffic operations and ITS. She is actively involved in many government funded sponsored research projects in the area of ITS and traffic modelling. 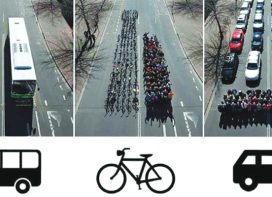