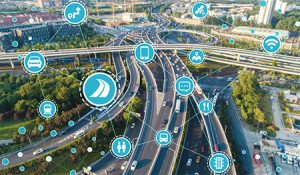 Nashik Municipal Corporation has planned to run the ITMS through a private IT firm to make the bus service more effective. The civic body held a pre-bid in October. Around 25 IT firms have expressed interest in running the Intelligent Transport Management System for the city bus service. It is also learnt that the Nashik Municipal Corporation is in the process of appointing three bus operators to run 400 city buses.

The civic body plans to run the ITMS through a private IT firm to make the bus service more effective. This new system will help the civic body to keep an eye on the bus operations. Some of the bidders had sought more time from the NMC.

“We received good response during the pre-bid meeting for ITMS. Around 25 private IT firms expressed interest to run this intelligent system,” an NMC official said.

“During a meeting, they sought more time for filing the bids to study its technical aspects. Hence, we have extended the bid submission date by another 19 days,” the official added.

The ITMS will help the civic body to locate the buses through GPS system and will also help to keep a tab on the revenue collected through bus fare as ticket machines will be mapped online.

Moreover, the system will also help to know the exact location of the buses and the routes they take. This new system will also help the NMC to know if the buses are delayed or running behind schedule. In addition, CCTV cameras will also be installed in every bus, NMC officials said. The private agency, which wins the bid, will have to design, develop, implement and maintain the ITMS. The contract will be valid for a period of five years.